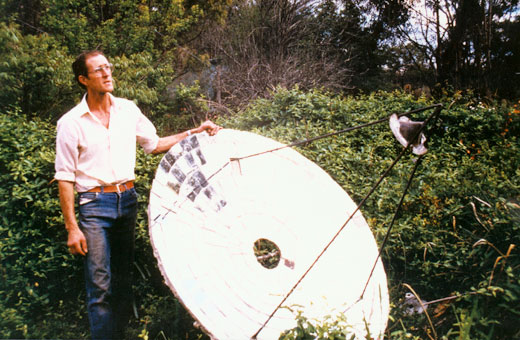 This is Ted Trainer’s response to my comments on his critique of the Transition and permaculture movements.

Russ discusses what I think is the crucial issue of what changes we are or ought to be working for in society, and how to try to achieve them.  Russ thinks my approach to these issues is different from the Permaculture way.  Like some of the people in the UK Transition movement who are uncomfortable with my readiness to make statements about what the movement should be for, Russ says, “…you really can’t tell people all over the world what structures and systems …they need…they have to work that out for themselves.”  Brian Davey recently expressed his unease at me “…prescriptively trying to design a simple society in advance.   Hob Hopkins feels the same way, and I would think most Transitioners would share that view.

Brian said that we should let the movement go where it wants to go and it will eventually achieve what I want anyway.  I think this is quite mistaken and it is very important for us to think very carefully about the issue.  It is my very firm view that the general Transition/Permaculture/Eco-village or indeed wider Green movement is currently not about the crucial goals and practices necessary to get us to a sustainable and just society.  They are about many very relevant and necessary and valuable goals, but not the crucial ones.  This will surely strike most good green people as offensive so please let me elaborate by quoting from my recent reply to Brian Davey.

One’s position on all this depends on one’s answers to two crucial issues.  The first is what form would/must a sustainable and just society take?  The second is will the present green/transition movement automatically result in such a society?  I have very strong views on both issues. I might be completely wrong and I am happy to reconsider, but you should be willing to think about my cases.

My view on the first question is that consumer-capitalist society is so intrinsically grossly unsustainable and unjust that its fundamental structures and systems cannot be made sustainable and just.  You can’t reform it so that the big global problems are not created yet we still have the same basic systems.  The most obvious example is that sustainability requires a steady state economy, so you cannot reform a growth economy to meet this requirement while you retain a growth economy – you have to scrap and replace a growth economy.  Similarly you cannot have a society which focuses on meeting needs, and prioritises justice, rights, the interests of future generations and those of all other species — if you let market forces determine what happens in society…because by definition a market attends only to the demand of those with most money to pay and totally ignores need etc. and totally ignores need, justice, rights etc

In other words it seems to me that when you analyse the state of the planet you can see very clearly a number of procedures and systems that have to be scrapped and replaced or we have no chance of voiding catastrophic breakdown, and that means you see inescapable implications for the basic nature that a satisfactory society must have.  It seems to me for instance that there can be no argument that a sustainable world must have zero-growth economies…nor can it be determined by market forces and nor can it  be driven by a culture of competitive acquisitiveness.  You might not be sure about such conclusions, but I am prepared to assert them pretty confidently/dogmatically. If you think I am mistaken about these (dogmatic) claims then let’s discuss.

Given my views on these issues it is understandable that I would want to persuade people within the Transition Towns movement to hold them too.

The question this sets us all is, what should our goals and sub-goals be?  If you see the world the way I do then certain general but very firm answers are obvious and I don’t think these are the goals most people within the Transition Towns movement hold at present.  (Of course most people in the movement would surely say they are for sustainability and justice, but my argument is that they can’t achieve these goals unless they adopt as sub-goals things like scrapping growth and affluence, taking control of local economies, and not letting market forces determine our fate.)  I’m claiming that most people in the movement are (understandably) not clear enough about the fact that we cannot get to a satisfactory world through reforms that leave those basic structures in place, and without at some stage focusing on these fundamental/radical system change goals.

On the second issue, Russ and Brian expressed the very common assumption that we needn’t fret about all this because if we just help the movement go where it is going then it will in time end up where I want it to be.  This view is in effect that if we just facilitate ventures which are in line with the Permaculture ethic of care of earth and people and distribution of surplus, then the movement “…should evolve in the direction you want anyway.”  Again I think this is profoundly mistaken.

In my view almost the entire green movement is a) full of good concerned people working hard for good causes, b) making little or no contribution to saving the planet…because it is predominantly only about bandaiding particular problems  and it is not about getting rid of the structures and systems that are causing the problems.  Bandaids are very important.  The green movement is patching up lots of damage, but it is not about moving to the kind of society that would not destroy the environment.  For instance the Australian Conservation Foundation does heroic work trying to save forests and whales etc., but not only has no interest in challenging the growth economy but actually argues that it is a good thing. (Its CEO has lectured me on this!)  The world is full of good people in aid, justice, environmental etc. groups whose efforts are only to achieve reforms to consumer-capitalist society, not to replace it.

These good green efforts and campaigns are not going to get us to a society that doesn’t cause the problems, because these efforts have nothing to do with the changes that requires;  saving the whale is a good thing, but it can make no difference whatsoever to the commitment to a growth economy.  Similarly developing more community gardens in Totnes is a good thing, but you tell me how that is contributing to the day when the people of Totness have taken control over the local economy and run it without economic growth.  Those are goals that we do not move closer to by planting more nut trees, and there is no reason to think that if we just go on planting more nut trees etc. we will eventually end up with a zero-growth economy we control.  These are two utterly separate sets of goals and we cannot expect to achieve the second set unless at some stage we start explicitly asserting and endorsing them and working out how we are going to achieve them. At present these crucial higher-order goals are rarely if ever evident in green movements, especially in the Permaculture and Transition Towns literature.

The goals presently stated within these movements, planting of the commons, setting up the farmers markets etc., can all be achieved without any significant effect at all on consumer-capitalist society.  They are all quite compatible with a growth economy, affluent lifestyles and market forces.   Consumer society can accommodate them comfortably, and they are no threat to such a society.  If you want us to get rid of a growth economy etc. then you have to make that an explicit aim, and to achieve it you will have to do things quite different to stetting up more farmers’ markets and planting nut trees.  I don’t think any of the projects I am presently aware of within the TT movement are going to make any contribution whatsoever to getting rid of a growth economy, (even though all of them seem to me to be valuable.)

If you see things the way I do then it is not sufficient if people just set up whatever good green thing takes their fancy, which is what Russ, Brian and Rob  Hopkins seem to be happy with.  If you think vast and radical structural change is necessary then you want to see these as strongly held explicit goals within the movement, and my pretty strong impression is that at present they aren’t.  That’s not really a criticism of the movement, it’s more appropriately seen as a comment about the present early state of the movement, and the state that I hope it gets to before long.  I think it is quite understandable that at this point in time it is mainly about reforms and good works within existing society.

So my concern is to badger people within the movement to think carefully about what their ultimate goals are, and what it will take to achieve them.  Few would reject the general Permaculture ethic of care for people and environment and sharing the surplus, but these principles are so vague and motherhood that they aren’t much use in helping us work out what sub-goals to adopt.  My plea to you is to ask yourself can the ultimate sustainability and justice goals be achieved if we do not endorse sub-goals such as getting rid of a growth economy, and if you agree with me on that, is it not appropriate that you and I should try to persuade people in the movement to adopt such sub-goals?

Russ suggests that my approach is about “complete destruction and replacement” and is …”more like that of the social revolutionaries.”  If you see the world the way I do then what we have to work for is the most enormous revolution in history (…so big indeed that I do not think it will be achieved).  For decades my writings have attempted to show in detail that sustainability and justice cannot possibly be achieved without very radical change in our economic, social, geographical, agricultural, political, and most difficult of all, cultural systems.  If you think I’m wrong about this, if you think we can solve the big problems while we retain a growth economy driven by market forces and limitless acquisitiveness, then please let me know how. But none of this implies any need for destruction, violence or force.  Actions of those kinds cannot help achieve this revolution.  The task is to get enough people to see the desirability of moving to the alternative ways so that they willingly dump consumer-capitalism as its difficulties accelerate and happily take uyp the better option.  If we fail at that then the revolution is lost.  (The way I see the transition process is spelled out in Thoughts on The Transition, at http://ssis2.arts.unsw.edu.au/tsw/ThoughtsOnTrans.html