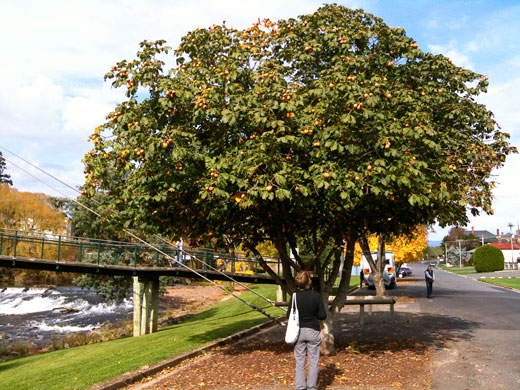 A GOOD EVENT it turned out to be, National Tree Day 2010, with fine, sunny and warm Winter weather bringing out hundreds who planted 4000 ground covers, shrubs and trees. Activities for kids, a wildlife show that included a black head python and a lizard that changed colour were brought along by the wildlife display and City of Sydney waste educator, Sarah van Erp, an Eastern Suburbs Compost Revolution veteran, and Katie Oxenham, the City’s urban ecologist, were there.

I wondered how it is that Planet Ark, a community-based organisation, could bring out numbers like this and realised that it is the result of a long period of attracting people to an easy-to-participate-in event presented by an organisation that has built a record of credibility and acting in thenation’s interest (environmental interest in Planet Ark’s case).

Doing this requires a level of funding, personnel and organisational capability that is beyond that possesed by many community-based groups. If we are to draw learnings from the National Tree Day events across the country so that we can apply them to other types of community organisation, we might start by looking at their  characteristics:

For community-based organisations, the question is how they can replicate this on a smaller scale. The challenge is how to make the message and the events sticky enough to stimulate the interest of the general public. That calls for targeting something that has meaning for the public, that is important to them. It has to offer involvement in simple action that is a means of addressing something larger in scale than the individual but not so large that its scale discourages people because it is too big. Simpler, smaller achievements first encourage people to take on bigger issues together later.

Participation in the city – an opportunity

If it’s an engaged citizenry we want, then events like National Tree Day are a means of creating it. Creating something like that calls for city government to make the necessary investment in funds and staff time and to engage with community-based organisations to make things happen.

National Tree Day makes it possible for families and individuals to do something physical that improves the city, that makes it a better place to live. It is the sort of communal action that encourages the type of urbanism we need to make our cities dynamic and inclusive places to live. It also assists the City of Sydney revegetate Sydney Park and other places, setting up a constructive link between the public and city government.

It was a good day in the unexpected warmth of late winter. National Tree Day 2010 and those who participated in it left a legacy in the form of a diverse planting with benefits as wildlife habitat and in the form of the environmental services those plants will offer—filtered air, carbon sequestration and a cooler city environment.