The Community Food Movement: What is the food system? 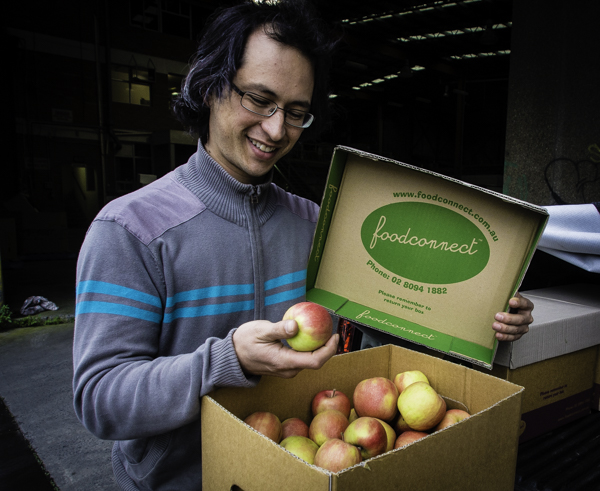 PERHAPS the simplest way to think about the food supply chain is to imagine it as the path followed by the food we eat as it moves from farm, through processing to we the eaters.  This adopts the inputs > process > outputs systems thinking model in following the journey along our food supply chain from farm to waste bin. Our food supply starts with our farmers and graziers.

They make use of environmental assets and services such as sunlight, water, air and soil; they then add knowledge and skills, often applied through technologies, and add inputs like agricultural chemicals (fertilisers, herbicides, soil amendments, pesticides — either synthetic or organic chemicals) and use energy (hydrocarbon — oil fuels — and electricity and sunlight) to assist the seeds they plant grow to maturity.

The mature crops are then harvested and sold to food processors or, if the farmer direct-markets to buyers, sold at farmers’ markets or via farmgate sales.

Research published in 2014 by the Australia Institute report, Grow Your Own, disclosed that 52 percent of Australian householders produce some of what they eat. Home gardening is an Australian tradition.

Farm products produced by farmers and graziers go to food processors who use cooking, preserving, drying and other processing technologies to turn raw farm product into foods palatable by humans.

The food products are packaged by canning, bottling or in plastic and are sold to food distributors.

Fresh foods such as fruit, vegetables and culinary herbs are delivered by farmers to the large, urban wholesale produce markets from where they are on-sold to retailers who, in turn, sell them to the public. Some are sold to restauranteurs for cooking and selling as prepared food to diners in cafes and restaurants.  Organic food markets are a feature of most wholesale produce markets, as the retailers who buy organic foods on-sell to a specialised organic food market.

Greengrocers buy fresh fruits, herbs and vegetables from wholesale markets and on-sell to the public through their small businesses. Like the supermarkets, greengrocers also sell imported and preserved foods. Some combine the product lines of greengrocer with the specialist products of the delicatessen.

A smaller food distribution system links growers, urban wholesale produce markets and greengrocers, and other small retailers such as food co-operatives, including specialist organic fresh food businesses. Included in this are social enterprise (not-for-profit businesses with social goals such as supplying organic food at an affordable price), small for-profit business and voluntary community enterprise. These are frequently classified as being part of the ‘community food system’, although there is no single, clear definition of what makes up that system and there is discussion about including for-profit business.

Distribution enterprises within the community food system include:

As organic foods grew in popularity from the late 1960s it required an effective distribution system. Seizing the opportunity were numerous small retail businesses specialising in organic fresh food and groceries.

Foods obtained from retailers are prepared by home cooking.

Foods grown in home and community gardens or obtained through the small number of community food swaps form a type of subsistence agriculture for home consumption.

Waste is produced when food is prepared for eating. According to the NSW government’s Love Food Hate Waste program, the causes of food being wasted are buying too much at the store and preparing too much when cooking.

Love Food Hate Waste puts at around 361 kilograms the food waste generated per person annually in Australia, with food waste making up around one third of all municipal rubbish.  Something like 30 to 50 percent of the world’s food production is wasted. Annual value of NSW household food waste: $2.5 billion, of which:

Sydney: 300,000 tonnes of food is wasted each year.
Food waste to landfill each year by NSW businesses: over 400,000 tonnes.
(Source: http://www.australiaunlimited.com/food/waste-not-want-not)

Food waste is due to:

There are two destinations for food wastes:

Transport systems are critical in moving food products between producers, processors, distributors, retailers and through the food waste channels.

A supply of affordable hydrocarbon fuels derived from oil and gas is critical to the transport of foods through the food supply chain.

It is the food consumer that sustains the economics of the food supply chain, making it important that food is priced at an affordable level. Affordability is a function of food markets in which, ideally, food prices are set by combining production and the other costs to growers, processors and distributors with what buyers are prepared to pay. That is influenced by both affluence and poverty. These have a bearing on food and dietary quality and health.

That is how open, free markets would operate, anyway. The reality in Australia is that the food and grocery market is distorted by the purchasing and marketing practices, and the asymmetric economic power of the supermarket industry dominated by Coles and Woolworths, sometimes described as the ‘duopoly’. Smaller supermarket chains like Aldi and IGA have a much smaller market share.

The buying practices and pressure exerted by the duopoly on suppliers has come under legal scrutiny, as has their implication in misrepresenting products, paying farmers too little (which helps keep their retail prices low and outcompete smaller retailers) and rejecting a large volume of farmers’ produce to become food waste on the grounds of the size and appearance, a rejection that has nothing to do with the food’s nutritional value.

The picture of the food supply chain offered here is a simple one. The aim is to describe the main components of the system by identifying its stocks and flows.

Like any system, the food supply chain is vulnerable to intervention at any of its leverage points such as prices, production practices and food imports competing with Australian-produced foods and the livelihoods of Australian farmers and food processors.

The food supply chain is a complex system, and like any system it is influenced by the feedback of information to its production, processing and distribution components such as buyer preferences, willingness to pay, weather and climatic variations and market conditions. This is how those components tweak what they do so they remain competitive in our market system.

The Community Food Movement: An alternative — the community food system