The Trainer Papers
No Comments 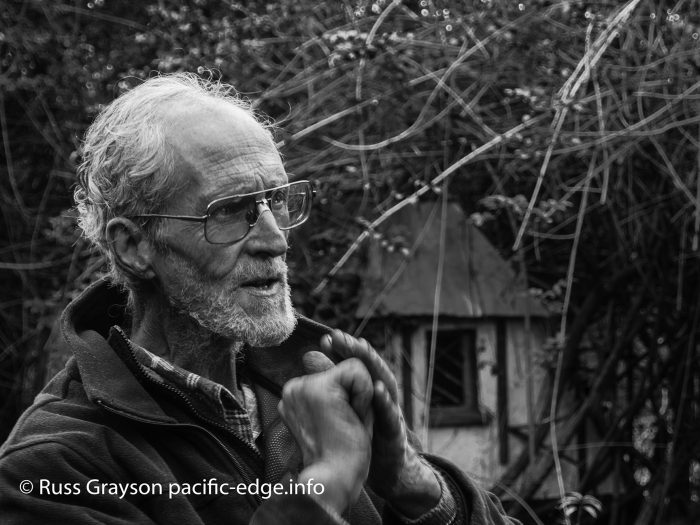 Guest writer, Dr Ted Trainer, has for decades been a limits to growth advocate. Ted lectured in limits to growth and other subjects during a long teaching career at the University of New South Wales. He is author of a number of books on living in a simmpler way.

ALMOST NO ONE has the slightest grasp of the oil crunch that will hit them, probably within a decade. When it does it will literally mean the end of the world as we know it. Here is an outline of what recent publications are telling us. Nobody will, of course, take any notice.

It is gradually being understood that the amount of oil reserves and increases in them due to, for instance, fracking, is of little significance and that what matters is their EROI (Energy Return on Energy Invested). If you found a vast amount of oil, but to deliver a barrel of it you would need to use as much energy as there is in a barrel of oil, then there would be no point drilling the field.

When oil was first discovered the EROI in producing it was over 100/1. But Murphy (2013) estimates that by 2000 the global figure was about 30, and a decade later it was around 17. These approximate figures are widely quoted and accepted although not precise or settled.

Scarcer and difficult to produce

In other words, oil is rapidly getting scarcer and more difficult to find and produce. Thus, they are having to go to deep water sources (ER of 10 according to Murphy), and to develop unconventional sources such as tar sands (ER of 4 according to Ahmed), and shale (Murphy estimates an ER of 1.5, and Ahmed reports 2.8 for the oil and gas average.)

As a result, the capital expenditure on oil discovery, development and production is skyrocketing but achieving little or no increase in production. Heinberg and Fridley (2016) show that capital expenditure trebled in a decade, while production fell dramatically. This rapid acceleration in costs is widely noted, including by Johnson (2010) and Clarke (2017).

Why can’t we keep getting the quantities we want just by paying more for each barrel? Because the price of the oil in a barrel cannot be greater than the economic value the use of the barrel of oil creates.

Ahmed (2016) refers to a British government report that:

“…the decline in EROI has meant that an increasing amount of the energy we extract is having to be diverted back into getting new energy out, leaving less for other social investments … This means that the global economic slowdown is directly related to the declining resource quality of fossil fuels.”

Everything depends on how rapidly EROI is deteriorating. Various people, such as Hall, Ballogh and Murphy (2009), and Weisbach et al. (2013) do not think a modern society can tolerate an ER under 6 – 10. If this is so, how long have we got if the global figure has fallen from 30 to 18 in about a decade?

Several analysts claim that because of the deteriorating resource quality and rising production costs the companies must be paid $100 a barrel to survive. But oil is currently selling for c$50/barrel. Clarke details how the companies are carrying very large debt and many are going bankrupt: “The global oil industry is in deep trouble.”

Why haven’t we noticed? Very likely for the same reason we haven’t noticed the other signs of terminal decay… because we don’t want to.

We have taken on astronomical levels of debt to keep the economy going. In 1994 the ratio of global debt to GDP was just over 2; it is now about 6, much higher than before the GFC (Global Financial Crisis), and it is continuing to climb.

Everybody knows this cannot go on for much longer. Debt is lending on the expectation that the loan will be repaid plus interest, but that can only be done if there is growth in the real economy, in the value of goods and services produced and sold …but the real economy (as distinct from the financial sector) has been stagnant or deteriorating for years.

The only way huge debt bubbles are resolved is via catastrophic implosion. A point comes where the financial sector realizes that its (recklessly speculative) loans are not going to be repaid, so they stop lending and call in bad debts … and the credit the real economy needs is cut, so the economy collapses, further reducing capacity to pay debts in a spiral of positive feedback that next time will deliver the mother of all GFCs.

There is now considerable effort going into working out the relationships between these factors, ie. deteriorating energy EROI, economic stagnation, and debt. The situation is not at all clear. Some see EROI as already being the direct and major cause of a terminal economic breakdown, others think at present more important causal factors are increasing inequality, ecological costs, aging populations and slowing productivity.

Whatever the actual causal mix is, it is difficult to avoid the conclusion that within at best a decade deteriorating EROI is going to be a major cause of enormous disruption. Ted Trainer leading a tour of his property in south-west Sydney.

But there is a far more worrying aspect of your oil situation than that to do with EROI. Nafeez Ahmed has just published an extremely important analysis of the desperate and alarming situation that the Middle East oil producing countries are in, entitled Failing States, Collapsing Systems, (2016). He confronts us with the following basic points:

The consequences of these trends are:

So, the noose tightens around the brainless, taken for granted ideology that drives consumer-capitalist society and that cannot be even thought about, let alone dealt with.

We are far beyond the levels of production and consumption that can be sustained or that all people could ever rise to. We haven’t noticed because the grossly unjust global economy delivers most of the world’s dwindling resource wealth to the few who live in rich countries. Well, the party is now getting close to being over.

You don’t much like this message? Have a go at proving that it’s mistaken. Nar, better to just ignore it as before.

If the foregoing account is more or less right, then there is only one conceivable way out. That is to face up to transition to lifestyles and systems that enable a good quality of life for all on extremely low per capita resource use rates, with no interest in getting richer or pursuing economic growth.

There is no other way to defuse the problems now threatening to eliminate us, the resource depletion, the ecological destruction, the deprivation of several billion in the Third World, the resource wars and the deterioration in our quality of life.

Such a Simpler Way is easily designed, and built…if that’s what you want to do (see: thesimplerway.info/). Many in voluntary simplicity, ecovillage and Transition Towns movements have moved a long way towards it. Your chances of getting through to it are very poor, but the only sensible option is to join these movements.