Communicating for change: a most useful workshop 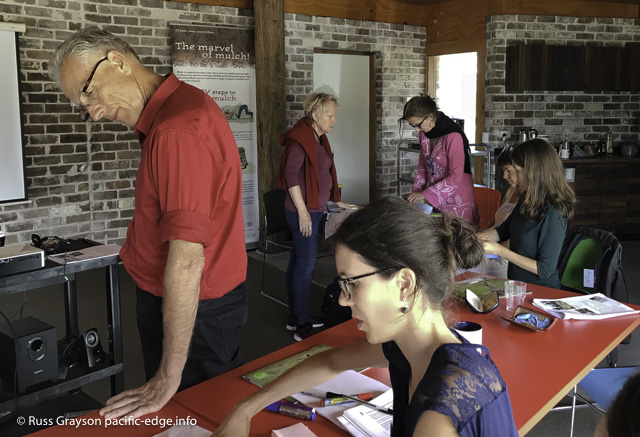 HOW MANY OF US would like to convince people to make a change for the better?

Les Robinson would. Les is one of our most experienced trainers of people and organisations that want to communicate effectively to facilitate change. So would Fiona Campbell, Randwick Council’s sustainability educator who organised Les’ workshop as part of her Community Leadership training program. The program provides the skills that enable organisations and individuals to assume a leadership role in their communities.

We write. We speak. We encourage. Sometimes, we cajole. But all too often nobody listens. Even when they do listen they will not act. This is disappointing and when it happens time after time it discourages us. We give up and retreat into our own little bubble where we do what we think is right and ignore what is going on outside our garden gate.

Why is this, when we have all the facts at hand? Why is it that people do little to make the changes in their lives that would contribute to resilient and sustainable towns, cities and communities?

Les knows that people will act when we communicate effectively. He knows that improving how we communicate, how we construct our messages, can either turn people away or recruit them as change agents to build better communities and better organisations.

That was what the Master Communicator for Change workshop was all about. 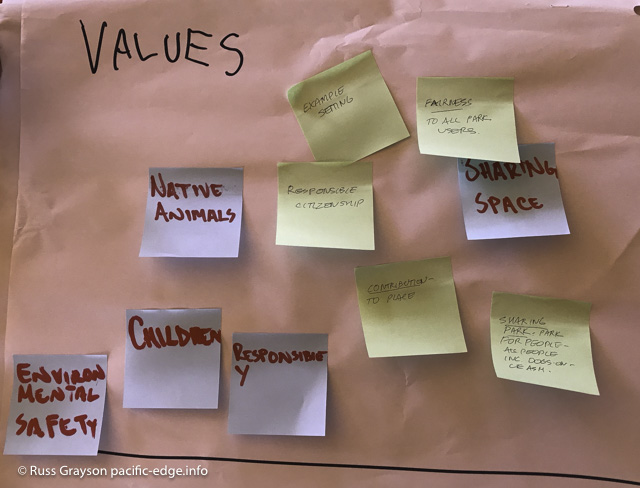 Facts alone do not work

“The climate change campaigners gave all the facts but people wouldn’t reduce their impact. This was disappointing and discouraging for the campaigners”, Les said.

He was illustraiting how effective communication is about far more than facts and information.

Les took participants through the Iceberg Theory of Communications. What we see above the water is supported by what we don’t see below the surface. Effective communications:

Humans are emotional. Emotion, the gut reaction, is how we usually react to something. For some, their reaction doesn’t move beyond the emotional to the rational. Emotion, then, is an important feature in making our messages effective. Les alluded to a book published some years ago that said as much.

In that book, Make It Stick, Chip and Dan Heath identify the common characteristics by which stories and rumours are spread. A message that spreads is:

(Yes, there’s an acronym there).

Facts do not create change

Facts are overrated in creating behavioural, organisational and social change. Simply giving facts and loading our verbal and written communications with them leads to denial and resistance. Les said that online, carbon footprint software by which people estimate their climate change footprint all too often makes people feel bad about themselves and give up. Don’t make people feel wrong, Les advised.

There are exceptions where facts do work. The social media meme about how many spoonfuls of sugar are in a can of Coke is an example. It uses surprise to ask a catchy question about a common beverage, a question few have an answer to. It encourages people to read more. It is about a fact but does not bombard us with facts. It is a simple fact people can easily relate to and that can lead to personal change.

As well as offering too many facts in communications, persuasion, especially ‘don’t’ messages, can also cause resistance. They make people feed bad about themselves and become defensive. Such messages can produce a ‘boomerang effect’ of worsening behaviour. Evidence for this comes from anti-littering, anti-alcohol and other ‘anti’ campaigns. 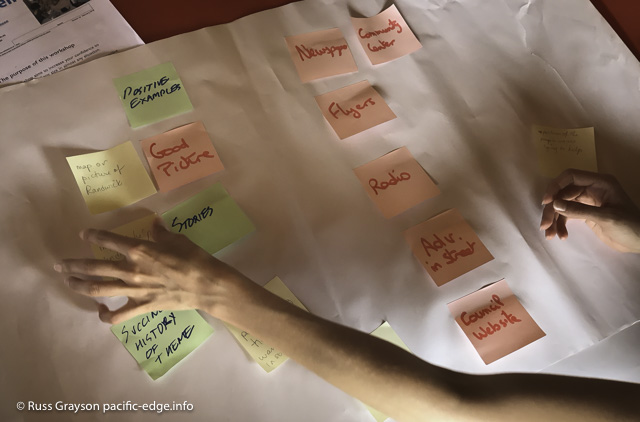 In journalism, articles are designed to inform people about somnething that has happened or might happen, to familiarise them with some development and the arguments around it and, in some forms of journalism, to analyse an idea. These take a shortform (short article) or longform (long article) format depending on the space available for the story and on the need to fully report it.

There are other formats we can use to produce our messages that are catchy and memorable. We can format them as:

Imagination is the only limit on innovative storytelling through cleverly constructed messages.

Workshop participants came mainly from community organisations and NGOs. They included individual change makers who use the Ripple Effect in their communities whereby their example ripples out to influence others.

There was so much more to this practical workshop where we worked in groups to shape messages. Like his earlier Passion Mashin’ — Reviving Your Community Group and Changeology workshops, and his Facilitate With Confidence workshop the following Saturday, Master Communication for Change left participants with a different understanding of how to shape communications that are not bland recitations of facts that few remember and do not read like PR-speak.

Les Robinson is the author of Changeology — How to Enable Groups, Communities, and Societies to Do Things They’ve Never Done Before.

Make It Stick — Why Some Ideas Survive and Others Die; Chip Heath & Dan Heath, 2007; Random House.