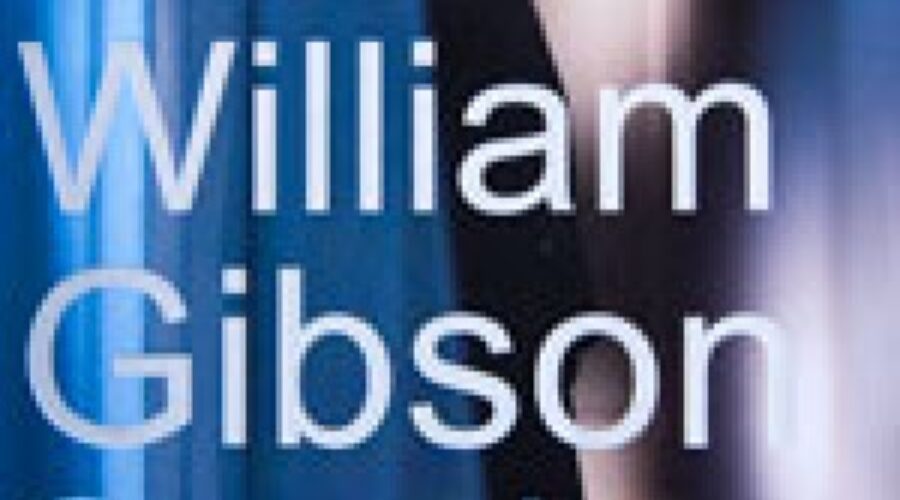 Gibson’s Spook Country a rapsody on our world

I’ve just finished reading William Gibson’s Spook Country, his most recent novel. Having now put it aside, I guess I’m trying to gather some thoughts about it.

That remains a largely incomplete project and scenes from the book buzz around my head in a largely disconnected and somewhat random way.

Gibson is noted as a writer of the ‘cyberpunk’ genre and this book appears to continue that tradition. It is a follow-on from his previous work, Pattern Recognition, and is a mashup of science fiction, digital culture and detective story (without detectives) with a hint of post-9/11 paranoia with a side dish of mystery.

Gibson brings together a mix of characters — a wealthy businessman, a journalist-was-a-rock-singer, a shady character from a Cuban emigre family, a mysterious person who may or may not work for some government dark agency and others. Meshing all of these together is the pursuit of a shipping container, a pursuit facilitated by a digital artist, a specialist in locative art (can I describe artists as ‘specialists’?) and locational tracking. I won’t mention the content of the container in case you read the novel, but it is true that it is connected to the war in Iraq.

It’s not my idea, but it’s a true one — we are living the future. This seems to be a meaning somehow imbedded in Gibson’s book.

What I mean is this… it’s only 22 years ago that the Worldwide Web became accessible to the public, that it escaped the restrictive corridors of its foundation in academia and the military. That was thanks to the Mosaic browser, a for-its-time clever exercise in designing an graphic user interface for the transfer of digital information. Among the digerati of the era there was quite a buzz about it — a buzz that grew louder as people started to join the dots and to realise what was being created in front of their eyes.

From that grew the online world we are now immersed in. And from that, we moved from the telephone — once a simple device that carried only a narrow band of poor quality audio — and the letter, a simple technology reliant upon making marks on processed celluose (how long is it since you’ve written a letter, put a stamp on it and inserted it into the dark, narrow slot of one of those large, red boxes out on the footpath… like you were making an offering to some ancient diety?) — and on into digital culture.

That was Web 1.0… the one-way web. Now we are into Web 2.0… the interactive web. And Web 3? That will likely be the ubiquitous web, the embedded, mobile web, the everywhere web embedded into many things. And we can surely expect it to appear in a future William Gibson novel. The point of mentioning this is to reiterate what Gibson said in an interview — that he chose to write about the present, in Pattern Recognition and Spook Country, because the future has started to catch up with the present. They weren’t his exact words but that was their meaning.

I know what he was getting at. Before Spook Country, I started to read an early 1950s science fiction book by the noted Arthur C Clark — The Sands of Mars. In its day it must have been astounding, but today, well, it’s almost laughable in some places, and the characters and their language are so mid-Twentieth Century British. Not a US or Russian citizen to be found on that expedition, let along a Chinese or Indian, the two likely contenders for future space exploration. I didn’t finish that book, but I had a thought or two about the worlds portrayed in Clarke’s novel and Gibson’s… as imagined, one never came to pass… while the other is all around us.

What this says about writing science fiction is that it is perhaps more difficult today because the futures described by so many of its past writers have been and gone. Maybe that is why imaginative writers have retreated into the children’s worlds of fantasy, full of wizards, dragons and worlds so improbable that they are safe from the intrusion of future — or present — reality. As such, fantasy writers have little to offer us apart from escapism, if you actually bother to read the stuff (which I don’t).

Critical to understanding Gibson’s recent work is to recognise how technologies have reshaped our lives… and how those technologies are now built into our lives. The ordinary, everyday tools we use now were dreamstuff just 25 years ago. Mobile phones? Mobile phones that send text messages? Mobile phones that play music and video and that collect your email and access the web and show you a map of how to get where you’re going and give you the latitide and longitude of the space your feet are occupying at this moment? And who would have dreamed that we would live in a world shaped in part by Moore’s Law?

This is what comes across in Spook Country… that the infosphere has combined with the physical sphere and that this hybrid, recombinant system is our everyday world. Thus the link between locational art, GPS navigation systems and shipping containers that make up the road along which Gibson’s story travels and around which he weaves the movements, the characters and the goals of a disperate bunch of humans.

A literature of reflection

One of the greatest uses of science fiction has been to reflect on the present and to discuss possible futures that, perhaps, we could choose. Arthur C Clark did this, as does Kim Stanley Robinson today, especially in his Washington trilogy developed around the theme of climate change, and the possible futures on his California trilogy that are based on different scenarios for that particular piece of geography.

And Gibson? Well, as I said above, his two most recent books are more to do with the present and are a reflection on that. It’s as if he wanted to make the point about the the world as a converged digital/physical realm.

Spook Country is a dialogue-rich rap on how digital culture, political culture and the greater culture we live within are inextricable mixed.