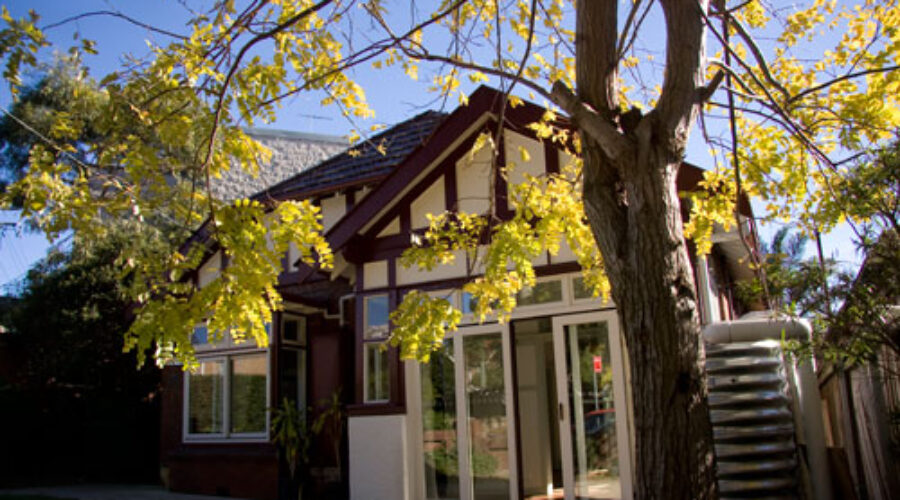 This item first appeared at: http://reduceyourfootprint.com.au/

IF YOU WANDER along Frenchmans road looking for Barrett House, keep your eyes open. It’s tucked away on a corner opposite a small park and is an easy place to miss. For members of Permaculture Sydney East attending a design salon there in May, though, Barrett House wasn’t so hard to find because they had been there before.

That was for the first of the design salons with Randwick City Council’s sustainability education team which is engaging with the community organisation in the design and reconstruction of landscaping around the home of pioneering Australian silent filmmaker, cameraman and director, Walter Franklyn Barrett. Here, in the first 25 years of the Twentieth Century, he cut and edited films such as The Breaking of the Drought and A Girl of the Bush at what was the dawn of Australia’s film industry. Those old films can still be seen at various public screenings through the year.

Our first design salon had brought together the local permaculture team and Council staff to outline design criteria for the garden, to discuss the objectives of the project and identify stakeholders, those who might be affected by the project and thus have an interest.

Permaculture Sydney East is one of several community associations practicing permaculture in the Sydney region. Permaculture is a design system for sustainable living focusing on the integrated design of landscapes and buildings. Characteristically, it includes rainwater harvesting and use, renewable energy and food production. In 2008 Permaculture Sydney East was launched at Bowen Library, Maroubra, by Randwick City council’s then-mayor, councillor Bruce Notley-Smith, after Eastern Suburbs people had set it up.

The 3-Council Ecological Footprint Project encompasses Randwick, Waverley and Woollahra councils which make up the Sydney city east bioregion. It is managed by Richard Wilson who opened the most recent design salon by explaining how Barrett House has been retrofitted to demonstrate sustainability technologies such as energy efficient renovations, water harvesting for use in the garden and toilet, lighting and materials. It is to enhance that and demonstrate what people could do in their small Eastern Suburbs gardens and courtyards that the joint council-Permaculture Sydney East project has been created.

We were fortunate to have as advisers at the session Archology architect, Terry Bail, and landscape architect, Steve Batley from Sydney Organic Gardens. As well as the Barrett House project, Terry and Steve are involved in the retrofit of Randwick Community Centre for water and energy efficiency and in the construction of the Community Centre’s PIG – the Permaculture Interpretive Garden.

To start, we looked at the characteristics of the Barrett House site, exploring sun and shade patterns, drainage and the effect of winds. We then identified opportunities for landscaping which would include edible plants. This will demonstrate how local people can grow some of the food that their families eat.

After the characteristics of a site have been identified, the next stage in design is to work out what it is feasible to have on the site and to develop concept plans that identify the options for the most effective placement of these. This was done and Steve has taken away the concept we produced from which he will design a landscape plan. This he will bring this back to the permaculture team and negotiate changes, if any.

Under Steve’s supervision, we will then reconstruct the small garden at the front of Barrett House as well as replanting the raised planter on the street verge facing Frenchmans Road. This already features a young, fruiting lemon tree.

By involving a community organisation in the planning process, Richard and Fiona from Council’s sustainability team are offering a rare learning opportunity in the form of a real-world design exercise with all the limitations and opportunities that brings. It offers members of Permaculture Sydney East experience in working with a local government in a way that would improve the group’s skills and equip them to work with other councils and institutions in the participatory design of public places. Such opportunities for permaculture groups come all-too-infrequently.

The next time we come together will be to discuss Steve Batley’s design for the garden.

Read a report on the earlier design salon.