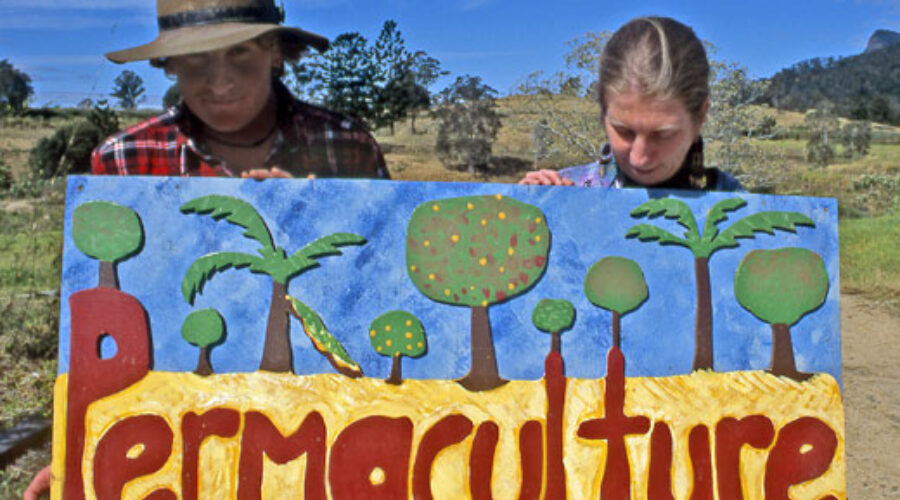 THE PERMACULTURE PAPERS is a recollection of people, places and events encountered during my time as participant-observer in permaculture design, education and community work.

The Papers are not an objective accounting of a successful but poorly documented social movement. Rather, they are memoir—an attempt to recall a few of the diversity of events and trends that have constituted permaculture in Australia. The book has a Sydney focus for that is where I lived for most of the time that it covers except for a period living in Byron Bay in northern NSW.

Motivation to produce the Papers comes from my observation that a great deal of permaculture’s early history is at risk of being lost because it has been poorly documented. More than several are the occasions that some bright young permaculture newcomer has announced a ‘new idea’ only for me to respond ‘Oh, you mean like the (whatever it was) that (whoever it was) did back (whenever it was)’.

Permaculture International Ltd (PIL) was set up to publish PIJ, and its folding in the early winter of 2000 left the organisation bereft of purpose, but only temporarily—we’ll look at that later in the book. Within the pages of PIJ were to be found the people and ideas, the practices and projects that made up permaculture. The Journal, under its several names, was the repository of the movement’s knowledge and experience as well as its social history over the 20 years of permaculture’s adolescence.

No nationally distributed journal has risen to continue the documentation of permaculture. Nor has any Australian website I know of, apart from www.holmgren.com.au and this site, attempted to document the history of the design system although the number of websites, Facebooks and weblogs with a permaculture focus is growing. The movement, however, is old enough for people like Bill Mollison (Travels In Dreams) and Ian Lillington (Permaculture) to write their own stories of life in permaculture.

Apart from PIJ and books on permaculture, the historic record of the design system is scatty. Until late 2011, most permaculture people who have been  practitioners for a sufficiently long enough period had yet to record their own stories. Then, in the Spring of that year, Holmgren Design Services published Permaculture Pioneers, a compendium of the personal histories of those who had persevered long enough to be awarded the title of ‘pioneer’ of the permaculture design system. at last, it seemed, permaculture was recovering its collective memory.

A memoir, of course, is not a comprehensive accounting of what has been an inspiring and innovative movement. Memoir is a type of oral history… it is the ideas of only a single person written from that individual’s point of view. What appears in print has passed through whatever mental filters and biases the writer has. Memoir is necessarily subjective and selective.

Memoir may be disputed because other participants may recall the same events and personalities differently, or recall incidents occurring at different times. This I have encountered in shared writing of memoir elsewhere. Despite the shortcomings and errors due to the vagaries of memory, personal stories remain valuable records.

Just how partial particular perceptions of permaculture can be, became apparent at one of the Australasian permaculture convergences, the biannual conferences of permaculture practitioners. A Powerpoint purporting to represent permaculture was shown, however it soon became apparent to a number of those attending that the presentation was notable as much for those left out of it as for those included in it. It was a partial history only, and it left gaps in the history of the design system by ommitting a number who had made a substantial contribution. The presentation demonstrated that particular perceptions of permaculture’s history are contingent on variables such as with which permaculture educator a person does their training and of which permaculture community association or network they are a member. This suggests that any attempt to document the permaculture design system will only be a partial documentation. It too will represent the values, assumptions, priorities and understandings of its authors.

The danger that arises for a movement that is inadequately documented is that partial knowledge will lead to a partial writing of its history… that people will pass on their partial knowledge and that this will become accepted as the sum total of the movement’s history.

The Permaculture Papers too, as a personal history of the movement, is partial. It contains observation, interpretation and opinion with all the misconceptions and errors that memory brings. Some comments may be controversial, however comments about people should not be taken as criticism.

Bill Mollison and David Holmgren created the permaculture design system in the late 1970s while living in Hobart, Tasmania. Bill was instrumental in setting up Tagari pubications, which produced books on permaculture and established the Permaculture Institute, originally in Tasmania, then at Tyalgum in northern NSW. The Institute returned to Tasmania in the 1990s.

David left Tasmania after completing his studies at the Tasmanian College of Advanced Education, eventually settling at Hepburn, Victoria, where he established a rural smallholding and permaculture education centre, Melliodora. David continues to live at Melliodora and to travel extensively to teach permaculture design and permaculture solutions to the global and local challenges we face.

Permaculture is a design system for the creation of socially, economically and ecologically sustainable settlements, whether in rural areas or metropolitan cities.

There are many definitions. The US magazine, Permaculture Activist, once described permaculture as ‘recombinant ecologies’. In this, we could include human ecologies as much as natural ecological systems as permaculture regards humanity as an integral part of natural systems. In permaculture, there is no humanity standing outside of nature as comes across in some environmental literature where the human influence on our world is regarded as something imposed on nature from without. If anything, permaculture is an integrative system of design.

Perhaps it is simpler to regard permaculture as a system of nature-assisted design that takes biogeographic knowledge as its starting point.

Permaculture developed as a do-it-yourself approach to making households into energy efficient, food producing and resource conserving places. At the same time permaculture proposes that moving beyond the household is a good idea… that community involvement is a means to self-help and improved quality of life. If we are to meet our sustainability challenges, then working within the community is mandatory. Even households making the most thorough changes cannot achieve the scale of change that contemporary challenges demand.

As a design system and approach to living, permaculture has inspired people to take action wherever they live. Its creators, Bill Mollison and David Holmgren, say that this is exactly where we need to make a start.

The ethics of Permaculture:

Care of people
Care of the earth
Distribution of surplus to assist others.

David Holmgren offers us these words on Permaculture:

In a world of constantly rising energy and resultant affluence, permaculture is always going to be restricted to a small number of people who are committed to those ideals which have some sort of ethical or moral pursuit. It’s always going to be a fringe thing.

In a world of decreasing energy, permaculture provides, I believe, the best available framework for redesigning the whole way we think, the way we act and the way we design new strategies.

Russ Grayson has been a teacher of the Permaculure Design Certificate and of the permaculture elective of the TAFE horticulture certificate. He was a member of Permaculture Sydney (second iteration). In 2000 – 2001 Russ served on the Board of Directors of Permaculture International Limited, assisting in the establishment of organisation’s website and editing its newsletter. He returned to the Board of Directors in 2008 and remained on it until 2011.

Russ is a community food system consultant, developing community garden policies for local government and assisting community garden groups get started. He is media liaison and consultant for the Australian City Farms & Community Gardens Network and works with international development agency, TerraCircle, in the South Pacific.

In 2010, he was urban agriculture adviser to the Callum Park lands masterplanning assessment. Russ produced the Living Smart manual for the NSW Living Smart course in personal and community sustainable living. He is currently affilated with the advocacy and educational organisation, the Australian Food Sovereignty Alliance, and works for the City of Sydney as coordinator of the City’s community garden and Landcare programs.