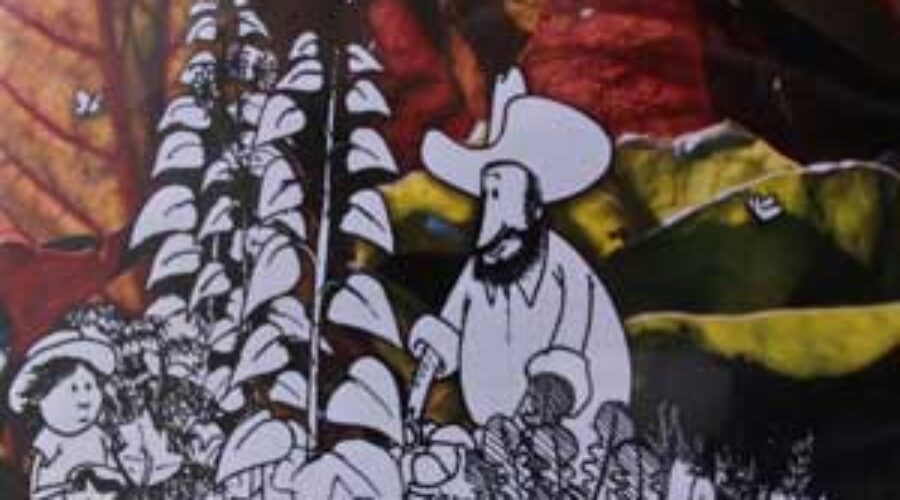 A celebration of growing and sharing food in Adelaide

I like receiving mystery packages providing they don’t tick. Thus, it was with anticipation that I opened this most recent parcel, postmarked South Australia, and found it to contain a rectangular object. Realising this was a DVD (you can tell by the round shiny thing inside the case), I slid it into my Mac’s disk slot and discovered it was about an orchard… about a particular kind of orchard. Watching it, it dawned on me that this was the work of a particularly notorious Adelaide gang of freerangers, but more on this gang later and its links to another media product of Adelaide’s urban food subculture.

Some of us benighted residents of Australia’s most populated and productive state wonder why it is that Sydney is usually the last in line when it comes to community initiatives. Several theories have been developed around this, but they are not for this article because they are too depressing for local people.This DVD that arrived in the mail merely reconfirmed our perceptions about our city.

Why was this so? Well, Sydney has tried but it has so far failed to develop an enterprise like this orchard described in the DVD. That’s because it is a special sort of orchard… an urban orchard… the Urban Orchard.

Pleasing it was to discover that those Adeladians didn’t invent the Urban Orchard. Melbourinians are responsible for that which, for any patriotic NSWelchperson, only makes it all that more depressing. Adelaide, after all, is further away down on the southern shoreline and people are less likely to notice that city developing something ahead of Sydney. Intercity rivalry aside, it has to be admitted that the two far southern capitals have achieved much when it comes to their Urban Orchards.

Urban Orchard is a…

So what is an Urban Orchard? It’s a food swap. You grow too many lemons, so why not swap them for other edibles at your Urban Orchard market. It’s about the power of bartering… apples for asparagus, carrots for capsicum. It’s simple, but for a monetary economy, it’s profound.

Watching the Urban Orchard video was like watching a cavalcade of friends and colleagues… there was Joel Catchlove who is doing outstanding work advocating for local, South Australian food and the future of the Adelaide region’s small farmers. Just to show that someone attached to Adelaide’s Fiends of the Earth can inhabit the social mainstream, he’s formed a relationship with the new Australian Food Sovereignty Alliance. Then there’s Jeremy Nettle, another regional food systems advocate. And there’s Kate Hubmayer, Black Forest primary’s education-in-the-school-kitchen-garden maven and contact for the Australian City Farms & Community Gardens Network. What surprised me was that (Dr) Harry Harrison of Adelaide’s Rare Fruit Societywas missing in the video. But you can’t have all of this innovative mob at once, I guess.

The video takes you though how Urban Orchard operates and, if you live outside of Adelaide or Melbourne, leaves you wondering how it is that your city doesn’t have one. The video traces the history of food production and gathering on the Adelaide Plains from the time of the Kaurna Aboriginal nation to the present day, and visiting productive home gardens of the past, the video features Phil Bagust, co-author of The Native Plants of Adelaide, Phil Dixon from the Living Kaurna Cultural Centre and Friends of the Earth’s Jeremy Nettle.

Then, there’s a minor disjunction as the Urban Orchard crew descend below a railway bridge and enter the murky world of a city creekline infested with what some would call weeds and others call food. Being Adelaide, there’s no water in the creek but that’s beside the point, for it is what grows on the banks that is interesting.

Which brings us to something that this gang or urban freerangers produced in the time before the Urban Orchard. I discovered it and got one when in Adelaide for last year’s Paddock To Plate conference on the future of food. Then, I misplaced it – easy to do given the size of the thing – and only recently rediscovered it squashed between a couple of books. This hand written production sits comfortable in the palm of the hand between the fingers and wrist, and its link to the Urban Orchard video is a prickly one.

Here’s the link. The video shows the freerangers – including one of their young children – traversing the matted vegetation of an Adelaide creekline and harvesting the fruit of Opuntia. And that tiny handwritten microbook is on the same topic – how to understand, harvest and cook the same species. And Opuntia? For those whose education did not include urban food foraging, the title of the microbook gives it away – The Gentle Pleasures of the Prickly Pear. Yes, the spiky, flat-bladed prickly pear that few know as a food, unless they are Mexicans. It turns out, Jeremy explains in the video, that this plant – its oblong, spiky ‘leaf’ and its red flower so reviled by bush regenerators and other plant ethnonationalists, is a culinary delight. Now, that rally is weed to wok.

Urban Orchard is a wonderful melange of edible ideas… food for the swapping and food for the finding. So, how would you use the 32 minutes of this video (apart from watching it for the pleasure of the sheer exuberance of people who set up something so simple yet so timely as a food swap, and who hunt the elusive Opuntia in its native habitat of Adelaide’s urban creekline)? Unlike many food issue videos, Urban Orchard is not so long that you don’t have time for a structured conversation around the topic after showing it to a group. It’s presentation is light and enthusing and skilled educators will be able to draw out pertinent themes for later discussion.

Adelaide might be at the bottom of the continent in a map makers sense, but when it comes to innovations in community food, it’s right there at the top thanks to that bunch of freerangers wandering around the city’s urban creeklines and setting up productive community places where your excess production of food can be swapped. To paraphrase Bill Mollison, Urban Orchard is a proven way to turn consumers into producers.

An Urban Orchard. A film by Joel Catchlove and Jeremy Nettle, edited by Simon Gray.
Order from:Friends of the Earth Adelaide
$20.00 postage included.