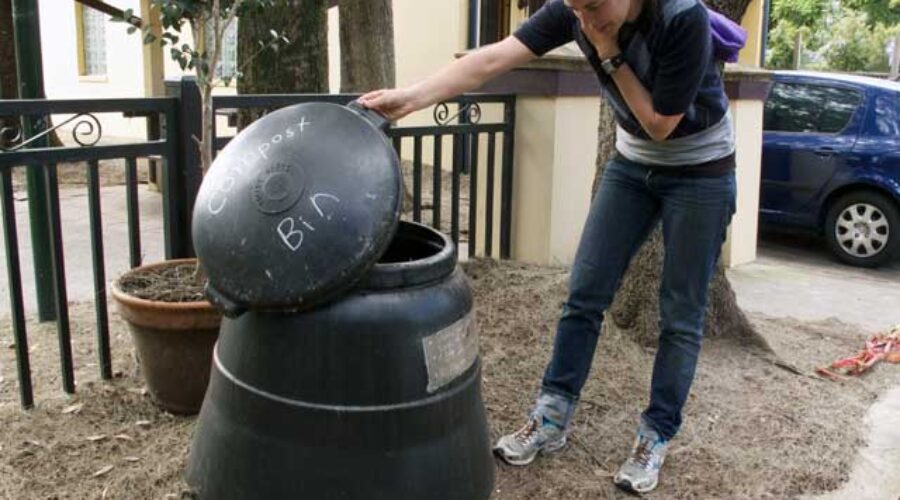 IT’S ONE OF THOSE streetscapes dominated by the presence of the past. I’m speaking architecturally, about the late nineteenth and early twentieth century once-were-working-class houses and occasional commercial buildings. It is in this way, through the built environment, that the past remains the present in this part of Redfern near where, across Cleveland Street, the urban continuity becomes Surry Hills.

I was here to check out a park in which someone wanted to set up a small community garden. It was essentially a swarth of lawn, a corner site with tall shrubbery along the sides on the property boundaries. There was good exposure to sunlight with an absence of shading from taller buildings and trees that is common in the city. Crops would grow here, I thought, especially if the garden was located in the area adjacent to the street corner. It was a flat site and a small community food garden would still leave plenty of lawn for people to use and walk their dogs on, and it would still leave unimpeded the paved path that transects the park.

Something in the shadows

The ability to do a rapid site assessment like this is useful in my job. It’s no substitute for a detailed site analysis which would be done as a participatory event were the garden to go ahead, but it gives me some idea of whether the site’s suitable. Thanks to an app I downloaded, my iPad comes in handy to check sun angles through the year… if I can be bothered bringing the thing. It’s another tool and it’s handy for this work, I guess.

I look for things like exposure to sunlight, soil, drainage, existing vegetation and structures like paths, site safety and whether there are at least two lines of sight from adjacent streets, homes and businesses so as to provide passive surviellance for community gardeners and visitor  safety. I also look for how the site relates to its environment such as access to public transport and bicycle routes, whether the streets are conducive to pedestrian traffic and how the site links to local shop and cafe strips and schools—all considerations in the ‘placemaking’ role of community gardens.

I stood in the corner from where I could take in this small park all at once. It was typical in scale of inner urban Sydney parks, which is to say that it was small. Then I noticed something… over in the opposite corner tucked in a half-hidden sort of way into the shade below the shrubbery. It was black and rectangular. I wandered over.

Crouching down, I realised what it was that I had seen…  a wormfarm… one of those black plastic stack of trays that household composters seem to have so much trouble using effectively. And, on its lid, someone had taped instructions for use.

Placing it in the shade below the shrubbery, I realised, would protect it from the heat of the sun, and providing instructions about how to use it would ensure only the right kitchen wastes would be added to it. This was a maintained system and its presence in the park suggested the presence of something quite unanticipated… guerilla composters were at large in Redfern!

Judging it a worthy use of public land and having completed my rapid site assessment, I walked on.

Signs of demographic change were all around. In a number of these old, tiny houses—some freestanding in small yards, others duplexes or rows of terrace houses of double or single storey—had the walls of their small, pokey rooms removed to create the more spaceous interiors preferred today. The architecture still presented a mix of building styles and states of renovation. Some had been done up and finished with a coat of paint while others retained the weathered finish they had presented to the world from wayback when this was a down-at-heel, rough and downmarket working class neighbourhood.

This will never be another Paddington where gentrification will totally re-create the suburb. The demographic that started to occupy the old working class homes some time after gentrification began its transformations elsewhere is seemingly less affluent here, and there are a lot of renters. Perhaps its some of them who are the mysterious feral wormfarmers.

Streets here are narrow and much is learned by walking the lanes. I went along one that runs parallel to Bourke Street, past fences of multicoloured, sometimes rusty, galvanised iron or weather-worn boards, past the faded weatherboard of house walls with their flaking paint, past a house whose owners had colonised the less-than-a-metre wide footpath with potted plants and one of those wide, narrow plastic rainwater tanks, past a street corner that someone had made into a tiny triangular garden.

In this lane I encountered a weatherboard house from the side garden of which spilled a fruiting orange tree and above which rose a tall avocado tree whose canopy shaded the house’s roof. In have encountered fruit trees growing in the tiny yards of inner urban houses elsewhere with citrus most frequently encountered. As I turned out of the lane I found a cactus growing from a narrow planter flush with the building’s wall. This was the second such planter supporting the same vegetation and I wondered if it was the same people responsible for the two I came across.

Serendipitous find in the dead-end

Nearby was another of those wall-clinging cacti, but what I found most interesting was the short dead end strip lined by two-storey terrace houses and ending in the back entrance to a park. Here, between low street trees, locals had planted footpath gardens with a few herbs and vegetables. I realised that out here on the kerb the gardens would get the sunlight that might not be available in the small backyards.

The gardens were not in full use, the vegetable plants appearing more like what was left over from an earlier harvest, but with a little soil improvement and management these could be productive verge gardens.

Then, it was almost a case of deja-vu. There, at the end of this short strip of dead-end street was sometning black, something made of plastic, but unlike the feral wormform in the park, this was out in full sun. I wandered over.

No wormfarm, this round, black plastic thing with a domed lid sitting atop. But just like the wormfarm in the park it had instructions for use taped to the lid. What was it? Nothing other than one of those domestic compost bins in which people turn their kitchen and garden wastes into garden fertiliser… not a feral wormfarm this time but a guerrilla community compost bin.

It was now evident to me that there was a band of green guerrillas loose on the streets of inner urban Redfern. Who were these people? What motivates their civic mindedness when it comes to waste? Do we need people like this loose on our streets? Yes, we do.

Much is revealed to a walker of the inner urban streetscape. I have found lanes that residents have turned into vegetated places with a plethora of vegetation growing in colourful, recycled pots… I have come across fruit trees occupying most of the space in tiny gardens…  small front yards turned into productive vegetable gardens… and in that part of Redfern near where Redfern becomes Surry Hills, evidence of green guerrilla composters.

It seems that people will colonise any nook and cranny where something can grow in public places. It’s almost as if nature has recruited people as its agents to revegetate the built landscape of the inner suburbs and, in doing do, trained them as guerrilla gardeners, composters and wormfarmers to carry out its work.

But us this a good thing for our streets and our city… to have freeranging bands of freelance growers and composters at large conducting their nefarious urban regreening activity in public places and home gardens? I, like many others, many of them out there on the streets right now, know that it is.