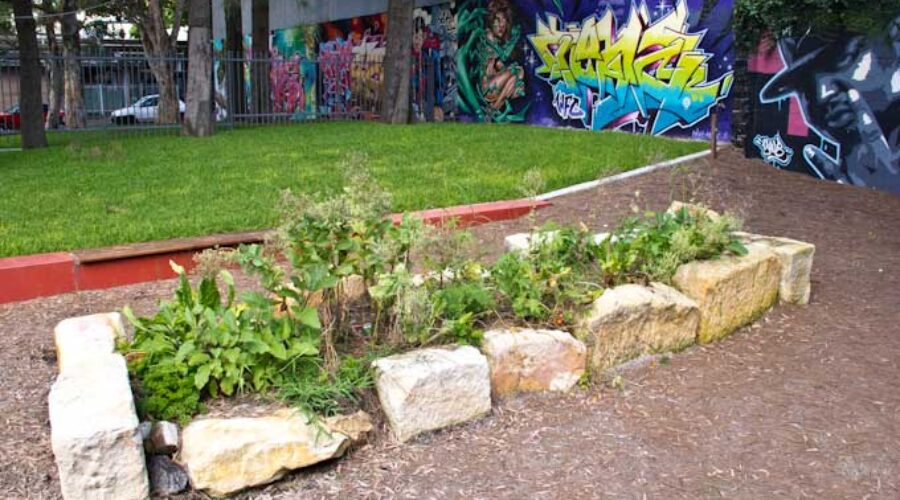 WHEN I STARTED with the council as an employee I had only three days with the role’s previous occupant to learn what it was I was supposed to do. This was far from adequate.

My predecessor had been the right person for the role of Community Gardens & Landcare Coordinator and I thought I would do nothing like the good job she had done. Although I came with considerable experience with community garden development, knew the historical and contemporary contexts of the practice and was enmeshed in the national and local community garden networks, trying to comprehend and learn to operate the systems the council had in place to enable community gardening and to provide assistance to community food systems and landcare projects was the immediate challenge. That took time. Making it more difficult was a lack of training in using the financial management softare and other systems council had in place. That came, but it would have come better closer to when I started. It was fortunate that there helpful people and a helpful manager on staff.

What I quickly learned was that the role as interpreted through the Community Garden Policy was broader than it was presented at the interview for the job and to be carried out successfully involved working across council departmental silos. This was an observation reinforced over my time there and is not a reflection on the good and capable people in that section, rather the placing of a role that is partly to do with landuse and much to do with community development within a part of council that dealt with the day-to-day management and maintenance of the City’s parks and sports fields. Others had been critical of locating the role there and I came to see their point. The role had more to do with assisting people in the community create things than with management of parks.

That community gardening was a new idea for the section became clear when someone told me that community gardens are a good idea but should not displace the common uses of city parks. This suggested that the Nineteenth Century idea of the city park as a lawn area dotted with trees and used primarily for passive recreation remained the dominant one in council. It is often an idea dominant among the public, too, however it is one that rising urban populations with their new demands on public open space are likely to challenge.

Anyone occupying such a role in council really needs two types of knowledge—that coming from practical involvement in community gardening and what I describe as contextural knowledge, including:

The role was one that operated more or less independently within its section of council largely because, I ascertained, it was fairly new. Most in the section had little comprehension of what it involved.

The approach to community gardens and other new and innovative proposals for the use of public land among the majority of local governments remains that of service provision. The public wants a service and council provides it if it meets council criteria.

In seeming contrast, the City of Sydney’s Community Garden Policy stipulates that community garden groups should self-manage and this, I believe, is a very desirable thing. The exception is those garden groups lacking the capacity to self-manage such as you might find with groups made up largely of people with poor English language skills or otherwise lacking capability. In such cases I decided that the City would provide both training in decision making and ongoing support in garden management to the extent that the groups needed this. As it happened, the social housing demographic that fitted this category was assisted by University of NSW community worker trainees with whom the City’s role cooperated, as they already provided the necessary support.

The idea of self-management gives to communities the capacity to look after their own community garden or other affairs. Its origins in modern times can be traced back to the 1970s when the idea was proposed as a way of democratising the workplace—worker self-management. That was, of course, something of a threat to management and was never adopted. In community garden development, though, its offers the best potential for minimising work for council staff and maximising social capital in the community.

My experience at the City and working with local government more widely has lead me to the belief that change is needed there and in other levels of government.

Essentially, this means moving away from the pervasive managerialism, the service-provision model—what has been called ‘vending machine government’ in which people put in their rates and councils provide services, similar to the way that pushing money into the coin slot of a vending machine provides a bag of chips.

Government still needs to provide services, of course, but those services can be developed in a more open way, a way that goes beyond the usual approach of someone in council writing a draft document such as a policy then putting it out for public comment for a fixed period. This is consultation, not participation, and it remains open to council staff ignoring ideas they don’t like when they write their recommendation on which councillors vote. This I know happens because I have seen it happen.

Here’s an observation I believe to be fact: council management hire people like themselves. What’s wrong with this? We can look to a popular truism for an answer: If you keep doing what you have always done you will keep getting the same result. It’s the quality, relevance and impact of that result that is in question.
My coming to work for council shows that there are exceptions to this observation, but they are too few.
To hire someone to work with community gardeners, for example, you would consider those qualifications I outline above. If no one on staff has them, then they could bring in someone with a background in community-based urban agriculture to participate in employment interviews for such roles. You would not, for instance, have an interview panel made up of a landscape architect, a manager and a personal assistant to a director, not because these are unworthy people but because they do not have the experience or the breadth of contextual understanding of a field with as much to do with community development as it has to do with the use of public land.
Looking back, I enjoyed my time as an employee in council and of working across the silos with smart and innovative people, and of working for an organisation widely regarded as progressive. It’s because the council has a good reputation that I make these suggestions for improvement.
I mention these things here because I—and many others—acknowledge that there are good people in councils, that councils do good work but who would like to see positive change come to local government, change that enabled the more innovative on staff gain more influence and bring change for the good in how councils approach their work.