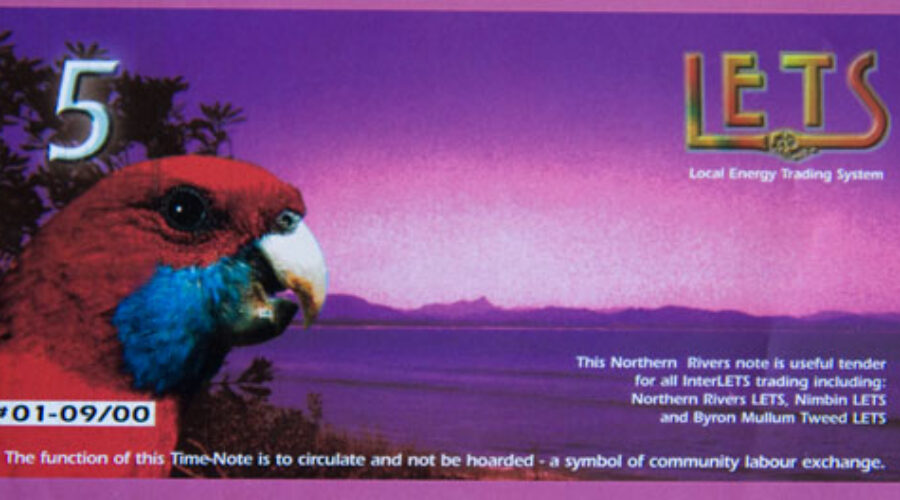 In sydney, a new economics recognises its existence

SOMETHING SIGNIFICANT happened on Thursday 27 September 2012. How it unfolds over the next few years will determine whether it will be a good idea stillborn or the start of an authentically new economy.

I’m talking about Australia’s first collaborative consumption gathering that brought together, at the Australian Technology Park in Redfern, people engaged in this new economics. It was a gathering of  those who are interested and ready to taste the water—small business start-ups—both not-for-profit social enterprise and for-profit small business entities venturing into the new economic territory—and a few from local government. The City of Sydney, Parramatta Council and Randwick City Council’s sustainability educator—who has already rum workshops on the topic with Annette Loudon from Sydney LETS—were present. It is these people who have the opportunity to facilitate a prosperous future for this new industry.

An aside about terms. There’s an alternative term for collaborative consumption that I prefer—collaborative economies. That’s what Randwick City Council’s sustainability educator calls it. I like it because the term ‘consumption’ has acquired overtones of excess, waste, environmental and social destruction and resource depletion and has gained something of a bad name. I like it also because the term ‘consumer’ is one derived from the wooly world of economists and catagorises people as dependents, ignoring the reality that they are often producers as well as consumers.

The keynote speaker at this first gathering of the collaborative economy clade was Rachel Botsman, the Sydney woman whose research into the phenomenon was published as the book, What’s Yours is Mine (2010; Harper Collins, USA), a few years ago.

Rachael didn’t invent collaborative consumption but she did describe it and in so doing demonstrates a curious phenomenon driven largely by the way mainstream media works.

We can call it the ‘TED Talks’ or the ‘authorship’ syndrome. It works like this. Someone writes a book or does a TED Talk and the media then positions them as an authority on it even though they did not invent it. This has emerged as a critique of TED Talks, the popular, presentation format exposition of new ideas that you can find online.

Collaborative consumption—as far as I can work it out—goes way back in Australia to the early 1990s and the emergence of the peer-to-peer Local Exchange and Trading Systems—LETS. That was the time when LETS inventor, the Canadian, Michael Linton, worked out of Randwick Community Centre. It was around that time that we set up in Sydney southside something called Worknet—a small scale, time-based mutual assistance scheme to help people repopulate their backyards with edible plants. Unbeknown to those later creating it, Permablitz was essentially a reinvention of Worknet but it came at a time when people were ready for it and so it spread nationally.

Rachel Botman’s book was the first to describe and categorise the current manifestation of the peer-to-peer and small business-based enterprises that make up what has been labelled collaborative consumption, whose business model is to facilitate sharing rather than buying. She made sense of what was going on and in doing so acquired a deep knowledge of it.

Collaborative consumption, the name given to the phenomenon of business and community enterprise based on sharing rather than owning stuff, is a child of Web 2.0—the collaborative or read-write web. It is a technology-enabled phenomenon that would not have experienced rapid growth without the interactive online services and software we now use.

That—the availability of the technologies of the worldwide web and the mobile internet—is why we are seeing collaborative consumption blossom now rather than demonstrating a direct lineage with its first popular manifestation in Australia as LETS—Local Exchange and Trading Systems.

A bag of models

Collaborative consumption initiatives often take the form of social enterprise of the not-for-profit type or, in some manifestations, as for-profit ‘social businesses’.

The Grameen Bank in Bangladesh, set up by Muhammad Yunus, then Head of the Rural Economics Program at the University of Chittagong, has been the model for social business. He established the Grameen bank to end rural poverty.

Both for and not-for-profit models of collaborative enterprises are set up to satisfy some socially-valuable purpose—it’s social need that often triggers the creation of the enterprise, as Nic Frances describes in his 2008 book, The End of Charity—time for Social Enterprise (Allen & Unwin, Sydney). Sydney Food Connect—the community-supported-agriculture social enterprise—GoGet carshare and food co-ops are a few examples but there are numerous others.

Let’s be clear here. Social enterprise, not-for-profits, sometimes rely on grants and charity, however many operate as small businesses. The difference is that they are often governed by a management team or board of directors, and what in conventional business would be called profit is known in social enterprise as ‘operating surplus’. Rather than going to the company’s principles or to shareholders, it is invested in the social enterprise. Co-operatives work in much the same way.

There are also the peer-to-peer service systems of the voluntary community sector such as LETS mentioned above, the popular Permablitz model of mutual assistance for home garden construction and the community-based goods exchange and reuse service, Freecycle.

Rachel says that there is a “massive” difference between the for-profit and not-for-profit models. She favours for-profit and sees systems based on points or time (such as LETS) as having to deal with the barrier of educating people about how to use them. Given their past popularity, I’m not sure that is all that large a problem.

There are clearly efficiencies to the business-based models, however for those interested in community development and building the capacity of communities they can be seen to offer less opportunity for community self-help because, with the exception of some peer-to-peer models, they offer less direct participation in management.

Business-based models of collaborative consumption could be seen as positioning people in the community within the usual business context, as customers rather than as doers. While the business model, whether not-for-profit or for-profit, has the potential to place collaborative economic enterprises on a firmer footing and provide greater potential for longevity than those based in the voluntary community sector, it encapsulates participants within the small business milieu that many may see as no different from any other type of business and calls upon an entrepreneurial approach that is not always available, even though LETS called on a socially entrepreneurial mindset which has many similarities to that found in business.

It’s good that this all of this happening, of course, because it goes a little way to reinventing the economic system as capitalism-at-a-human-scale rather than the predatory, global capitalism currently doing its best to discredit the system.

A cascade of ideas

As people threw questions to Rachel, a cascade of learning and ideas flowed:

Just a week before attending the Collaborative Consumption gathering I attended the seminar at UTS with US attorney, economist and consultant on the development of local economies, Michael Schuman. Michael, a Fellow to the Business Alliance for Local Living Economies, has done a great deal of research on economic localism (which I prefer to call ‘regionalism’) and is author of several books on the topic.

When Rachel mentioned the likely intrusion of foreign business working in the collaborative economy into this country, Michael’s comments on the economic and social value created in an area by locally-owned business came to mind. I recall Michael saying that the growing phenomenon of crowdfunding was good in principle but usually did little to benefit local economies. Could this become the same with that other good idea—collaborative consumption—if it becomes part of the global economy?

While there may be tensions between collaborative consumption and economic localism, there’s a lot of buzz around collaborative consumption at the moment and it is being promoted by influential people who are often economically and politically astute, many with tendrils in the voluntary community sector of society. Were they to witness Australian or more local enterprises being displaced or disadvantaged by foreign operations, and were they to make the connection to the effect of this on local economies, what you might see is a wedge driven between the business end of collaborative economy and the voluntary community and social enterprise side.

This would be unfortunate and applying Rachel’s idea of businesses curating the quality of their goods or services and developing strong points of difference could play a tactical role in retaining a dominance for Australian enterprises in this country. Perhaps being locally-owned and based could be one of those strongly-emphasised points of difference.

Both Randwick City Council and City of Sydney have already offered community workshops in collaborative consumption and Sydney’s Waverley Council is believed to be the first to support the popular garage sales trail.

This demonstrates the new roles local government is being expected to take. We’re far from the days when councils dealt only in the prosaic services of roads, rates and rubbish and it’s an indicator of how community expectations of local government are changing. Councils leading in this work are hiring staff—still far too few of them—who think well beyond the narrow, established confines of traditional council business to push the edges in a way more to do with a role not as conventional public servants but as civic entrepreneurs who assists communities make things happen.

It’s the business of councils to look for ways to improve their local economy and, as the City of Sydney’s Tom Belsham told the gathering, that is his council’s interest in supporting collaborative consumption.

Collaborative consumption is a new phenomenon still in its early days. It is at the start of its evolution and its future depends largely on how those active in it portray themselves to the public.

There is in this country, especially among some ‘green’ groups, a distrust of business whatever its scale. This was pointed out to me years ago by the Sydney man who invented the social investment or ethical investment industry here‚ Damien Lynch. This, Damien said, is a barrier to enterprises offering social value.

And that’s what collaborative consumption will have to offer as its core product—social value—both to participants and to communities.