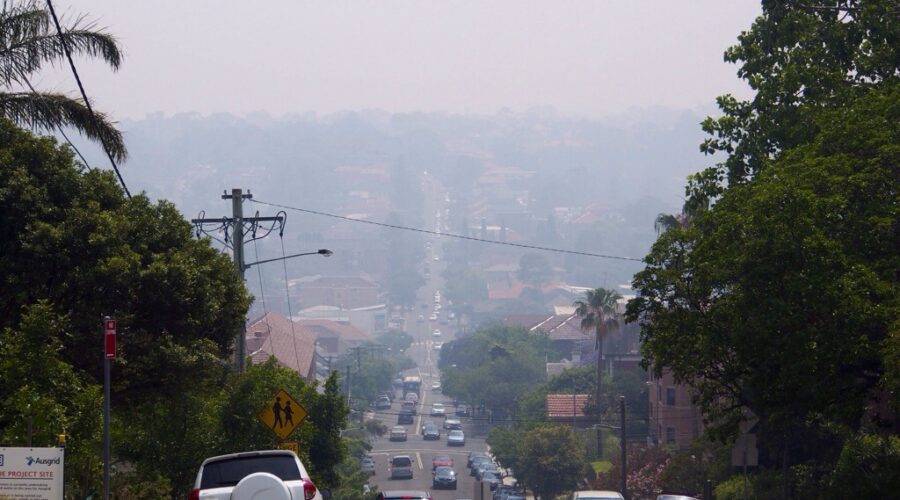 IF WHAT an article in The Conversation claims is true, then I’m surprised. Surprised that someone of Tim Flannery’s standing appears to know so little about effective advocacy communications.

What’s all the flurry about? It’s an article by Rod Lamberts, deputy director of the Australian National Centre for the Public Awareness of Science at ANU, in which he strongly suggests that Tim Flannery is, well, naive. And if what he says is true, then so do I.

“An opinion is useless, what we need are more facts,”, Rod quotes Flannery as saying.

“My first thought was that my colleague was taking the piss”, writes Lamberts. “Tim Flannery is an experienced science communicator, but that phrase made my jaw drop. It was apparently meant in earnest, but it’s wildly off the mark.

“The quote is ludicrously, appallingly, almost dangerously naïve. It epitomises the reasons we are still ‘debating’ climate science and being overwhelmed by climate skeptics/deniers/contrarians”.

A PLETHORA OF FACTS

Tim Flannery is a scientist who I have had a great deal of time for as a populariser of science. Yet, here he is being reported as saying that opinion has no place in national climate politics and that what you need are more facts. The trouble is that we are deluged in facts, and the reality is that opinions are built into the way we assess things. They represent the conclusions we come to. Denying their existence and denouncing them is a denial of reality. Lamberts goes on to say much the same thing in his article and concludes that, “To top it off, Flannery’s assertion about the uselessness of opinions is itself an opinion, so by his own logic, useless”.

The thought that comes to mind here is about a more widespread naivety among scientists when it comes to communication. Sometimes, it’s almost as it communicating with the public is beneath them, though that’s a worst case. Perhaps it comes from their cloistering behind the walls of academia, protected from the world on university compounds. That’s the traditional ‘ivory tower’ scenario and while it’s far less common these days, it still exists. It’s probably more to do with their professional culture, where fact is held in high regard and is a type of transactional currency. Often, scientists lack the language and ability to make the complex understandable and it takes people like Neil deGrasse Tyson, host of the rebirthed Cosmos television epic, Robin Williams and those other ABC science commentators to get ideas across.

THE TYRANNY OF FACTS

Facts… facts, in my opinion and in the opinion of others engaged in social change communications, are overrated. I don’t know why Tim Flannery doesn’t know this. It’s something that is known not only by advocates and journalists but by advertising and marketing nerds and by political-puppet-string-pullers. The role of facts in advocacy is to back up with hard data what you say, but you don’t get up at a public event and sprout facts. Maybe you mention one or two of special interest to reinforce some idea you have. Facts you give out at the end as notes, if you give them out at all.

Rather than recite figures that nobody remembers and deluge them with facts many already know, what you do at those events is frame your message in emotive language. Why? Because people respond to emotion. And why do they do this? Because most people’s first reaction to something is emotional rather than objective. Emotion communicates, disappointing that that might be to those who imagine humans are logical creatures, mistaking people for robots. I suppose it is some kind of evolutionary programming to do with fight or flight.

I’ve been told about the value of the emotional by authoritative people sufficient times now to test it out and believe it. One was Jeanette Longfield, head of the food advocacy organisation, Sustain UK, who suggested to some of us in the Sydney Food Fairness Alliance that we stop using terms like ‘nutritional’ when speaking publicly of food and substitute value-laden, emotional words like ‘good’ and ‘tasty’ because these resonate more with the public. That is, they have more meaning and communicate in ways that facts don’t — they are effective communication.

There were others who said the same thing. NSW Social change expert, Les Robinson, said much the same during his Passion Mashin’ – How To Revive Your Community Group workshop at Randwick Community Centre last year, and more recently at his Changeology course.

Rod Lamberts also has less-than-kind words for scientists who want to leave politics out of climate change. Sometimes you really have to think hard about exactly what world is it these people inhabit. As Lambert says, politics emerges as a way of dealing with different ideas on what to do about something.

DEALING WITH RECALCICRANTS AND OTHER CONTRARIANS

I don’t know if Tim Flannery hoped to convince the climate recalcitrants, but if he did then his hope would be doomed. You can’t convert laggards and contrarians. You can’t recruit them. You can’t make anyone believe anything. With recalcirants, you just ignore their existence and when you do mention them you frame your message so as to marginalise them and make them look silly… you make them look like flat-earthers.

Bill Mollison, the Tasmanian co-inventor of the permaculture design system who used to lecture at UTS in environmental psychology and who developed a genealogy of Tasmanian Aboriginals after the government of the day was dense enough to say they no longer existed, learned from his own experience that you “work where it counts… work with those who want to learn”. Those people we now call, drawing on Everett Rogers’ Diffusion of Ideas model, the early adopters and early mass adopters. It is they who turn up to talks and meetings, they who want to learn and they who often want to do something. It is also they who go out to influence others through the ripple effect. These are the people Flannery should focus on.

Had I put my money into the crowdfunding campaign to sustain the Climate Council after the federal government shut it down, I would be asking Flannery to hire a communications adviser who knows how to get their message across effectively.

Reading Rod Lambert’s commentary, and agreeing with it makes me feel quite uneasy as I have had a lot of time for Tim Flannery and his work in communicating science. I look on Rod’s article as a case of corrective feedback that can assist Tim improve his existing record in effective science communication and advocacy and in putting his messages into the emotive language that appeals.

As an addition to comments about Tim Flannery’s statement, we must acknowledge that the media has more than a little responsibility for the way climate change is perceived in public. I’m not talking about Rupert’s lunatic fringe press (when are newspapers finally going to shut up shop so we can be rid of them and their formulaic reporting?). I’m talking of the ABC, an institution championed by Australia’s middle class but one that, in the past at least, subscribed to the faulty journalism practice of seeking ‘balance’ in reporting.

The problem was that the ABC — the same charge has been levelled at the BBC — didn’t seem to know what balance is. Led by old notions of journalism practice, what this meant was that when it came to reporting, there always had to be a dissenting or opposing voice, as if this simplistic device actually represented the richness of opinion on a topic. This gave equal prominence to what were the opinions of a small minority and created the impression that their opinion was widely held.

Often there were a variety of different voices but out of this pool it would be common practice to select only one, which left no voice for the rest. You see this in commercial TV too, though what passes for news there is usually mere infotainment and often a waste of good photons.

Thus, the miniscule fringe of climate deniers was given equal voice as the vast majority of scientists in climate change. This might have satisfied the ABC’s skewed notion of fair reporting, unfortunately it greatly misrepresented the reality of global opinion. I truly hope the ABC has reformed its journalistic practices, for if it hasn’t then its value to the Australian public is significantly reduced.