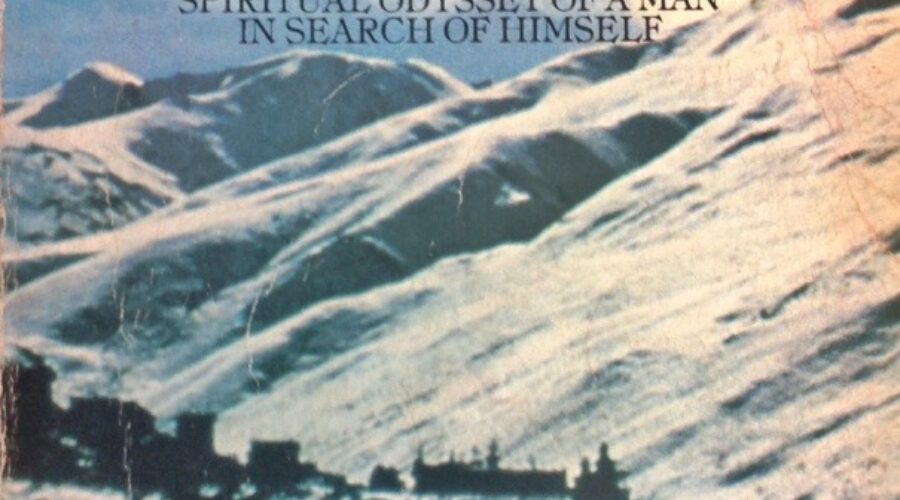 I’VE READ ONLY one book by Peter Matthiessen, and that was some time in the 1980s. It was his tale of wandering in search of the fabled Himalayan animal, the snow leopard, portrayed in his 1978 book of the same name.

The book moved me… it moved me so much that I’ve read it at least three times. And every time I’ve got more and more from it. His easy to read style of writing, his description of the terrain, the land, people… they all mix together in this kaleidoscope of daily movement across mountainous country blended with an inner journey just as challenging.

I still own that now-tattered copy of The Snow Leopard. It sits there on my bookshelf with other books that have accompanied my movements up and down the east coast over the years, books like Thor Heyerdahl’s Aku Aku, Kerouac’s The Dharma Bums and On The Road. Books, and the stories that reached out and touched me.

So it was with sadness that I read of Peter Matthiessen’s passing a short time ago. When I learned of it my mind leapt straight back to the Snow Leopard and the tale of his epic walk through the mountains.

From time to time I’ve picked up others of Peter Matthiessen’s books but for some reason the motivation to read them was never there. Reading the blurb in the back covers, they just didn’t reach out as did that on the cover of The Snow Leopard even though I knew I would enjoy them were I to make the effort to read them. Maybe at those times I had other things I needed to focus on.

Peter Matthiessen never did see that snow leopard he sought, though he saw traces if its passage, and perhaps that was a metaphor for something else he sought up there in those mountains. I truly hope that he did find whatever it was he sought in life.

So, thanks, Peter Matthiessen, for a life full of writing, for a life of courage to go out and live the adventures you imagined. Yours was adventure all the better because you wrote about it in your humble style, and some of us are all the better for it because, somewhere in life, we stumbled upon your own life’s work.