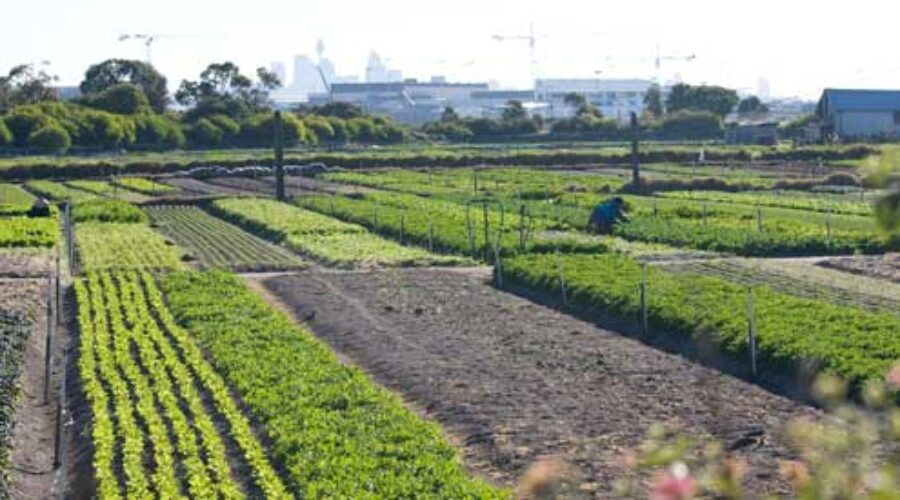 Farms — for agriculture or tourists?

SOMETIMES, you stumble on an interesting story by accident. A story that has some resonance with your own experience. A story that makes you think. That happened this morning when I was looking at the timeline of a Facebook link of mine, Anaïs Gschwind.

Anaïs linked to a story on a US website, Modern Farmer. What caught my attention was author, Sarah Searle’s comment about ” …farms whose secondary, if not primary purpose, is for tourism.” She was talking about farmstays and related phenomonin where the experience on sale is less to do with producing agricultural products and more to do with a largely false image of farm life.

That had resonance because, over a decade ago now, I worked on a farm whose primary purpose was education plus a type of agricultural tourism, although agriculturally productive activities could have been practiced — and until recently had been practiced for 150 years — on the land.

A large piece of land around 186ha or so, for the past 150 years it had been a production farm. It still maintained a wandering, small herd of cattle and one of sheep when the local council took over care and management. Those bovines and sheep were eventually to go, only a token few remaining for milking and shearing demonstrations. There were barn-housed chooks, pigs, a nipping ferret and an assortment of other farm animals so that urban visitors could see and touch them (that cliche about children believing the source of the milk they are fed is the carton it comes in — it’s true).

A team of four of us worked there part time under the coordination of Mary Bell, who later went on to work in her educational capacity for the Royal Botanic Gardens and later still at the Australian Seedbank. Mary also helped develop Randwick City Council’s pre-and-primary-school science and sustainability education program with Fiona Campbell. Calmsley Hill City Farm, the place I am talking about, was a collegiate and organisationally flat working environment with all having input into the content of the lessons and their management.

Our role was that of Landcare educators working with primary and secondary students (and, for one of the team, the Wanda Worm Club for young children). We used Calmsley Hill City Farm’s dryland salinity, soil compaction, gully erosion and sloping land soil creep and the collapsed dam wall — thanks to past landholders allowing a eucalypt to grow in it — as props, along with more competent land management examples. There, we would stand on the ridge that bisected the farm and explain to the students how water falling on the eastern slope flowed into the Georges River, while that on the western side went into the Hawkesbury-Nepean. We would talk about land classification and land capability, take visitors through the farm’s permaculture garden and rotational grazing system for chooks…. really, it was a good job.

Yet, it was a representation of farming set up for a land management educational program, and the farm was a type of agricultural theme park for visitors, something like Sarah Searle describes. It demonstrated farming practices and introduced urban children and their parents to the animals and machinery you find on farms, and in doing that it was successful. But it didn’t portray the nitty gritty of farm life — the sheer hard work — and the challenge of that kind of livelihood at a time when the family farm is in precipitous decline as a component of the Australian landscape. Nor did it keep the pigs in what today would be considered the best of conditions.

Searle writes of the rosy mental image you encounter around farming, describing it as a “pastoral ideal”, as a “mental construct that appeals through romanticizing the simplicity of the unindustrialized past and glorifying a time when middle-class folks didn’t wake up early for hectic commutes but to tend to chickens”.

She continues criticising this romantic pastoral ideal which, she says, “means denying the realities of farming and production… perpetuates a romantic stereotype that consumers enjoy”. This, she writes, ” …stunts real conversations about the future of agriculture”.

As I read Searle’s comments the image of the farmers’ market came to mind, as did that of advertising in supermarkets that consists of large photographs of people, who may or may not be farmers, on the walls around their fruit and vegetable sections.

What we encounter with farmers’ markets is a cultivated image of happy farmers direct selling to people eager to but their produce. It’s a bucolic image that seeks to portray rural and product authenticity and that, with its personalised sales and opportunity to speak directly to farmers, contrasts itself with the industrial food system based on the supermarket model. As Searle says, it is a romantic stereotype that consumers enjoy. Even so, it surely offers a more authentic shopping experience than shopping in the so-called fresh food section of the supermarket.

The industrial rather than the unindustrialised past was there at Calmsley Hill City Farm in the form of farm machinery, and it was included in the education program. Nor did the farm glorify some mythical past time or romantic stereotype “that consumers enjoy”. Rather, it said little about the daily reality of the life of the farmer or farm worker, nor the financial challenges the farmer faces. I don’t know what those families coming to the farm on weekends took away on seeing the animals, watching milking and shearing and so on — it was more educational entertainment — but those attending our Landcare education went away with some idea of land degradation and remediation and how catchments work.

Where else do we look to find Searle’s “romantic pastoral idea” and “romantic stereotype” around the farming life perpetuated?

Education in the permaculture design system is one additional source. Students get excited at making vegetable gardens and learning about establishing and managing fruit trees, however the smallholder model that has traditionally been used as an example of permaculture property design (I acknowledge that many educators now focus on the suburban block) is somewhat unrealistic, as many of those students will have nothing more than a small urban block to farm, perhaps just an apartment balcony. This I have learned assisting with a local government course in organic gardening — we focus on small area food production and container gardens because small areas and apartment balconies are all the participants have.

Searle writes that farmers often have to support their farming life by working at a regular job. Well, it’s not only US farmers who face that reality. It’s the same for many Australian farming families and it makes you wonder just how viable the farming life really is. Maybe it’s got something to do with why young people are not attracted to farming.

Commenting on farmstay holidays and agricultural tourism, Searle writes how ” …once-working farms… have found they can fare better offering a carefully curated version of farming to those willing to pay for it”.

Once, I led a tour of community food systems and small scale commercial urban farms on which any idea of the romantic pastoral ideal, and any carefully curated image of farming was quickly extinguished by a commercial market gardener. One of the places we visited was the Phillip Bay market gardens in Randwick, some of the remnant market gardens surviving in Sydney’s suburbs. Standing there looking out over the field of vegetables growing in the sandy soil and at the arcs of spray coming from the irrigation system, one of the visitors asked Gordon Ha, the farmer, what his weekly hours of work were. I don’t recall whether he replied that he worked six of six and a half days a week, however his answer drew a look of amazement from the questioner. It was an exposure to the reality of small scale farming.

That gets to the core of Searle’s story and of my own experience at the city farm where I worked, out there on the urban fringe. It’s this: the urban image of the farming life has not only become something of a stereotype, it’s often illusory, inaccurate and misses much. It’s perpetuated, perhaps inadvertently, by those who want to support smaller scale and local farmers, by images around farmers’ markets, by supermarkets, some permaculture courses and both the old and online media. What that popular image and that stereotype misses are the long hours, the hard work, the early mornings and late evenings, the sounds, the smells, the financial challenge of making farming ends meet.

Perhaps the best thing we can do to educate ourselves and others when we encounter the stereotype is to ask about those hours of work, those financial challenges and the other realities of the farming life. That might bring a little balance to our thinking.