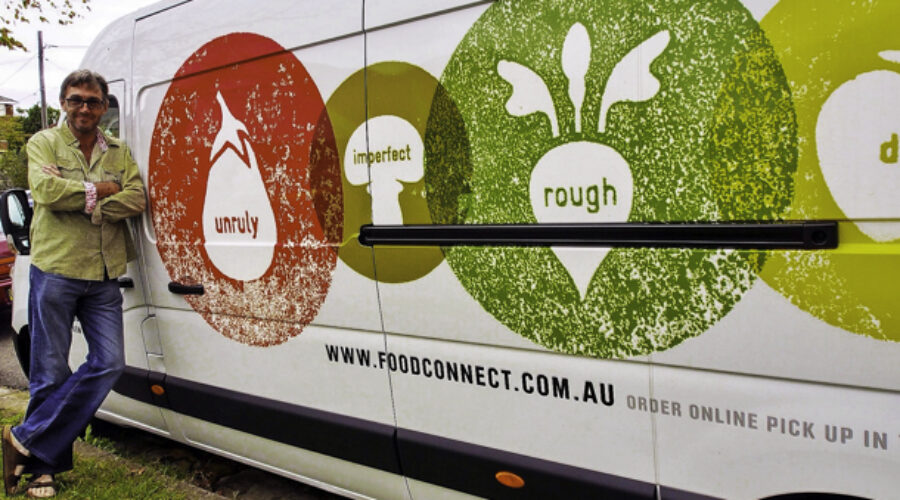 The Community Food Movement: The birth of AFSA

The community food movement: a series about the emerging social movement around food.

The coming of AFSA

IN THE LEAD-UP to the 2010 Federal Election, the Australian Labor Party committed itself to establishing a National Food Policy for Australia. The process was to be guided by a federal advisory panel which was established by the government following the 2010 election.

When the news broke not far out from election time it triggered the interest of a small group living along the coast between Brisbane and Adelaide who had been engaged in a desultory email conversation around food. As well as the author this group included Robert Pekin, who had started Brisbane Food Connect, a community supported agriculture scheme linking Brisbane region small farmers with city eaters; Joel Catchlove in Adelaide, who had been instrumental is organising the Plains To Plate food convergence in 2013; and Nick Rose, then a resident of the Bellingen area of Northern NSW who had participated in a state government funded food program in the Northern Rivers region.

Based on media reports of discussions between government ministers and the CEOs of major agrifood corporations, we could see that the process for developing a national food policy would be dominated by those same big agribusiness and retailing interests. We thought it better for Australia’s agriculture, food processing and retail and community food systems that the small family farm, the social enterprise and small business trading in food and the growing community food movement were also represented. But what to do?

I suggested we write a letter to the agriculture minister asking that these interests be included in any national food policy and hastily scribbled a draft. This was sent out to community food lobbies and other interests and we encouraged them to sign. We might get around 12 signatures, I told the group. We ended up with over 110.

Amended by input from others in that email conversation, in August 2010 we sent it to the minister. It welcomed the minister’s initiative for a national food plan but insisting that it be a transparent, inclusive and participatory process, given how vital food and agriculture is to every Australian.

Mission accomplished. Now our job was done. But what do we do now that a surprising number of people had signed the letter, people who had an active interest in a better food system? We asked them and they said, yes, keep what we had started going. This we did. What we started became the Australian Food Sovereignty Alliance (AFSA).

The first organising meeting for the Alliance took place at Randwick Community Centre thanks to access to facilities being made available by Randwick City Council. It brought together people from Sydney, the Hunter region, northern NSW, Central West NSW, the ACT, Brisbane and Melbourne. Some from Adelaide who were interested in attending could not make it as was the situation of others from Melbourne.

Those attending represented a diversity of interests around what would start to grow into a community food movement — small food businesses, sustainability and permaculture educators, two people from local government, two from from the GMO lobby, farmers, academics, the church and social enterprise working in food distribution. Considerable advocacy skill were present in the group, with some having decades of experience in this area.

Through 2011, AFSA monitored the ‘consultative’ process, which some of us considered somewhat shonky, that the federal government started around the development of the proposed National Food Plan. The government’s Issues Paper of mid-2011 represented very much an agriculture and food business-as-usual model. The National Food Plan Green Paper was released in July 2012 and reiterated the big agribusiness bias.

I had earlier suggested that any food advocacy initiative coming from those email conversations might have to go it alone and develop its own, alternative food policy as a platform for its work. I had sufficient cynicism to assume that a federal government of any political persuasion wouldn’t listen to smaller farming, commercial and community voices proposing a better food system for this country.

This started the development of the Peoples’ Food Plan in which we had been inspired by the the Canadian People’s Food Policy of 2011. Unlike the questionable ‘consultation’ process of the federal government, AFSA’s was open and fully participatory. By the time it was finished in 2012, over 600 people across the country had crowdsourced ideas for an alternative food system for Australia. This was the nation’s first crowdsourced federal policy directions document (the Sydney Food Fairness Alliance had earlier crowdsourced their NSW, state-based Declaration On Food).

The federal government later dropped the idea of developing a national food plan and the grants to community food systems that people had already made submissions for. That cancellation left a bad feeling towards the government.

The Peoples’ Food Plan remains a useful summary of how those Australians concerned about our future food feel about it.

During the short time that we had been circulating the letter to food organisations to encourage them to sign on, some had got back to say they couldn’t find our website. That was because we didn’t have one — remember that the letter initiative was carried out in a hurry over a very short period.  But not long after producing the letter to the agriculture minister in 2013, Fiona Campbell had set up a website for AFSA, a Facebook page and a Twitter account. That took a weekend’s work but now AFSA had an online platform from which it could talk to people.

A week for fair food

Following development of the Plan, the next large scale initiative undertaken by AFSA was national Fair Food Week.

This was intended as a showcase for the fair food movement in Australia. We decided to try it and see how it would go and ended up being so surprised by the more than 100 events listed across the country that we decided to run with it on subsequent years. It too required designing its own website and social media.

With the establishment of a formal organisation, we decided that major public statements should come from the person elected as coordinator, which was Nick Rose, but that people in the states could organise their own events and make their own public statements on regional food issues.

My concern was to avoid the centralised, formal and conventional lobby organisation structure and to maintain a network of local and regional entities that would self-manage and coordinate through the national executive group. Faced with the needs running a national, voluntary organisation, people fall back onto their own experience. The result at time of writing is, from my point of view, that AFSA has eschewed the model of the semi-autonomous teams for a more centrally-controlled structure.

During its first years, AFSA regional groups — there was one in Brisbane that seems to have lapsed into inactivity although it was once quite strong, and another in Sydney and Melbourne — organised a number of events. In 2014 I led a process with Permaculture Blue Mountains and Transition Towns Blue Mountains to define what they would like to see in a state food policy. That was instructive in learning how people thought of the issues of food security and food sovereignty, however most participating had no knowledge of AFSA’s existence.

There had always been small farmers in the AFSA membership, and in 2014 the decision was made to develop this area further. FFFU — Fair Food Farmers United — came into being as a means of bringing farmers together in pursuit of food sovereignty goals. FFFU operates in a semi-autonomous mode while retaining close links with AFSA through a shared leadership and membership.

Now based in Melbourne and having taken on more of a Victorian focus at the time of writing, AFSA has broached the idea of working towards state food policy as a means to achieving its food sovereignty goals.

What can we learn from the Australian Food Sovereignty Alliance experience so far?

First, there is a broad and substantial interest in fair food, food security and food sovereignty in Australia.

Second, that interest is diverse and is manifested in the number of food security and food sovereignty-focused organisations, food salvage organisations like OzHarvest and Second Bite, a degree of academic interest (more analytical than practical) and in a growing public familiarity with the concepts.

Third, the diversity of the fair food milieu makes it difficult for a single organisation to represent the range of interests involved. This applies especially to voluntary organisations due to the volume of work necessary and people’s limited time to do it.

Fourth, it would take an organisation like AFSA to bring these diverse entities together to define what they have in common as the basis of a platform on which to lobby.

Fifth, the barrier to doing this is the voluntary structure of AFSA and, probably, any similar organisation that might arise. At some stage the volume of work expected of voluntary organisations becomes so great that they have to seek a means of creating paid positions. Finding funding to do this is very difficult.

Sixth, the work of food sovereignty and food advocacy is a big task for which allies must be sought, areas of common interest identified and action plans developed with allies to move towards those interests.