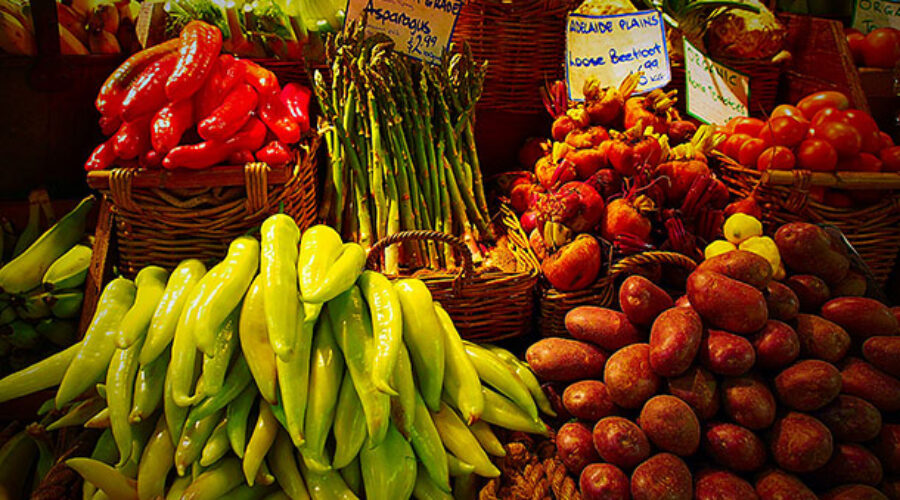 ” …yet we must also acknowledge that systemic poverty is simply much bigger than the food movement. We can be part of the solution, but we cannot solve poverty here or in the US on our own, and we cannot ask farmers to bear the brunt of the cost equation to solve this serious social problem”.

Tammi leaves open the question of who will bear the brunt of making all Australians food secure. Government shows no inclination to do so, and it is true that farmers and the fair food movement cannot end chronic poverty alone, as she writes. This leaves the likelihood is that “systemic poverty” will continue and this has implications for food production, food retail and food choices in Australia.

…Food security advocates prefer that the definition of the concept imply access to good food for all, however they know that in many situations it implies nothing more than regular access to mass market food from the supermarket…

The article highlights an inadvertent divide of sorts within the fair food movement, a divide between those advocating food sovereignty and those advocating food security. Food security advocates prefer that the definition of the concept imply access to good food for all, however they know that in many situations it implies nothing more than regular access to mass market food from the supermarket.

This is a divide in focus rather than in philosophy because food sovereignty advocates recognise the necessity of getting good food to people who are food insecure. It is not a deliberate divide, more one of approach between the everyday needs of the food insecure and the loftier needs of political and economic advocacy.

That this divide exists has become clear to me over my years in fair food advocacy, yet for most participants in the fair food movement it remains largely hidden. The food sovereignty branch is focused mainly on policy and trying to stimulate better production and distribution models. The food security branch focuses more on the everyday challenge of securing a reliable food supply for those at risk of lacking that. It is often the preoccupation of professional nutritional, health and community workers who work with those most adversely affected by food insecurity.

… People have to have food security — that guaranteed, year-round access to good food — in order to be able to practice a personal approach to food sovereignty…

The food sovereignty lobby, in contrast, includes a fair portion of food producers and has had academics in its leadership and its membership. This latter point was made to me awhile ago by a person interested in food sovereignty as an unsolicited though critical comment about the presence of academics and about the language used by those leading the movement.

This divide I talk about is not some unbridgeable gap. The interests overlap and I see the two approaches existing on a continuum, however it took comments by a prominent advocate to make me aware that the different foci lead to different ideas on what should be the priorities in creating a fair food system.

People have to have food security — that guaranteed, year-round access to good food — in order to be able to practice a personal approach to food sovereignty… their freedom to choose the foods they prefer and to exercise greater control over their food choices. For those on government benefits that choice may not exist, as managing the household budget calls for buying cheap, and buying cheap means buying the specials at the supermarket. Australia’s growing number of pensioners are in the same position even when they would prefer to buy fair food.

For those on a government pension or benefit, fair food that offers a good return to farmer, processor and distributor can, as does organic food, be unaffordable. Tammi recognises this when she writes: “And when people like me say we need to pay more for food to be fair to producers and chain workers and animals, what about those who can’t even afford the food when it’s not fair to the rest?”

If food sovereignty organisations do not concern themselves with this then that risks widening the gap between the two approaches and, by doing so, weakening the fair food movement.

I now what Tammi is getting at when she writes:

“We can apply loads of bandaids – I’m grateful for the work of excellent bodies like Foodbank, Secondbite, Spade & Barrow, and local food rescues everywhere”.

She’s saying, so I believe, that food rescue agencies are important but what they do won’t reform the food system.

True, of course, but calling them ‘bandaids’ is perhaps a little unkind. They are organisations made up of people doing what they can with what is in their circle of influence and capacity to improve the food system as it is now. A success was Sydney food rescue agency, OzHarvest, which demonstrated it has political influence when it succeeded in having legislation changed so that it could distribute waste food for human consumption without the previously-existing legal risks.

These agencies should be commended for turning what was food waste into something of nutritional value. Sure, what they do is only a small reform and can even make the supermarkets look good when they make their food wastes available to them. However it is an incremental improvement and it demonstrates that reform is possible within the system. That in itself can be an empowering realisation for others seeking further reforms.

It’s a bit like how the Australian Left used to talk about political change being revolutionary of evolutionary, total or reformist. Knowing how the entire food system is malfunctional can lead to something of an ideological position in which something like complete, revolutionary change is seen as the only thing that can change it. Maybe that’s true. And maybe it’s very unlikely to happen. The food rescue agencies bring evolutionary change, a reformist approach in the language of the old Left, and it all the more achievable for being that.

Bandaid change, for sure, but change that is achievable, inspiring and that meets a real need.

Part of the solution

Tammi’s comment about being part of the solution but being unable to solve poverty and not expecting farmers to bear the brunt of doing so positions providing access to good food as someone else’s responsibility. She is right, of course, as the poverty that is behind much food insecurity is well beyond farmers, food distributors and retailers to solve. It falls to government, and government, as we know, is not particularly interested in doing anything meaningful. So who will?

A possible answer is that fair food will become the provence of those who can afford it. The rest will continue to rely on cheap food from supermarkets… food that is imported because it can be sold cheaper or food that is produced by Australian farmers who are treated shabbily by the supermarkets.

We have walked this path with organic food. When the industry was in its infancy in Australia, a leading permaculture practitioner at the time told me that it was a good strategy to market organic food to a middle class clientele that could afford its higher prices because it would ‘trickle down’ to those less wealthy. Those with a little economics knowledge will recognise this as the ‘trickle-down effect’ championed by neoliberal free market advocates. Has it happened for organic foods? No. Will it happen for fair food from which the farmer gets a fairer cut of income? Unlikely.

The organics industry has got its message across that when you forego the convenience of synthetic farm chemicals and take better care of the land, products are going to cost more because there is a greater farm labour requirement. This has become common and accepted knowledge among buyers of organic food. Even so, it is irrelevant knowledge when you are living on a government income and cannot afford to participate in the organics market anyway. This might be a hurdle the fair food movement is yet to cross.

A dual food system for Australia

Food writer, Michael Pollan, recognised our dual food system when he wrote about ‘shopping the supermarket periphery’. What Michael was getting at was that by avoiding the centre aisles and shopping the edges of the supermarket you can find less-processed ingredients such as dried beans, grains and so on. This is good news for those unable to afford organic or fair food and those who live in suburbs where the only food purchasing option is the supermarket.

Increasing pensions and benefits could open the fair food market to those on lower incomes, but years of living with limited food choices inculcates the approaches involved into personal and community cultures, guaranteeing their perpetuity by all but the few motivated to participate in the fair food movement.

Because of income disparity, Australia’s food buyers now need this dual system so that one segment can pay more for their food and enjoy the moral and economic pleasures of being fair to farmers and smaller food distributors, and so that the other can simply eat. In this way, Australia’s economic system — its perpetuation of poverty and income disparity — divides the nation’s eaters into market segments and sets up more or less separate and mutually exclusive industries to cater to both.

Fair food advocats don’t want it to be this way. Until the fair food movement aligns itself with those seeking distributional justice in income, though, it is hard to see other outcomes. Among food security advocates this has already started to happen, though income disparity will likely continue to sustain our two food systems for some time into the future.

Perhaps a worthy task for the fair food movement would be to identify ways for Australia’s large number of low income people to break the economic chains that bind them to our supermarket duopoly and open the fair food market to them.