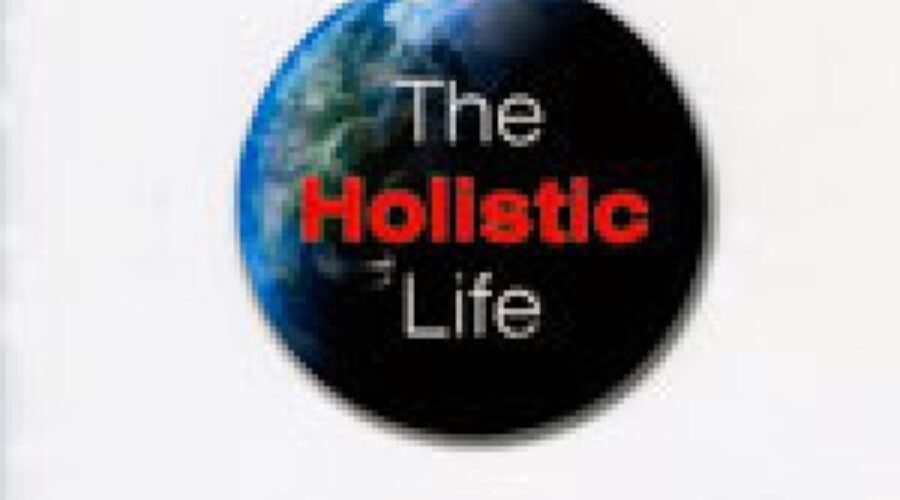 Celebrating the conviviality of permaculture

IMAGINE THIS… a small village on the seaward slope of a range of low, rolling hills overlooking a coastal plain that displays the patchwork of farmland. In the distance, beyond the plain, the blue of the sea goes all the way to the horizon.

Looking out over this landscape is a family sitting around a large, wooden table in their rammed earth house. At the end of their yard there’s a small vegetable garden and, just beyond that, fruit trees and a grassy playing field. This is the village green, on the far side of which the pitched roof of the earth-built community building is visible. On the edge of their garden there’s a fig tree that produces the biggest, sweetest and the juiciest fruit you have ever tasted.

Sounds idyllic, the sort of scene that literary journalists and novelists paint before introducing some disruptive element into their story, something that threatens the idyll. But there is no threat here; the idyll stands safe though for this family it is no more. But for them it was real and the place was South Australia, in a small village of earthern houses in the hills, not far from the waters of St Vincent’s Gulf. All that has changed is that the family which sat around that table has gone, left to start a new life elsewhere.

The new life that Ian Lillington and his family are building in southern Victoria is the culmination of a journey that began a long way away and over two decades ago. It came about, in part, because of the influence of two men who lived and collaborated in that southernmost of Australian states, Tasmania. At that time, the hills on which that small South Australian village now stands were covered in open grass waving in the breeze blowing off the gulf.

Ian’s journey – the string or events, discoveries and realisations that would eventually lead to those rolling hills – started when he was a youth, a time when he became aware of environmental issues. Later, he enrolled at university to study geography then went on to work in city farms and on a project that installed insulation in the homes of people who had difficulty paying their energy bills.

It was when he visited Australia in 1986 that fate or good fortune — both terms fit — intervened to make the connection to the work of those two men who, by now, had left Tasmania.

Ian’s journey picked up a little momentum when he visited one of the two in the southern Victoria town of Hepburn. There, David Holmgren and partner Sue Dennett were developing what would become an exemplary model of a sustainable and productive rural smallholding. Recognising that something similar could be created in the UK where he lived – the cool temperate climate was similar – Ian returned home, but not for long.

Like so many of his countrymen, Ian, his wife and first child emigrated to Australia where they arrived in 1992. Within five years they had decided to make the ideas of those two men – David Holmgren and Bill Mollison – a reality in their lives. Their earth construction house in Willunga Garden Village in the low hills not all that far from Adelaide was to be home for almost a decade.

Ian is a tall, slim, quietly spoken man perhaps in his forties. His manner is thoughtful, his speech deliberate and his demeanor calm. You get the impression that here is someone who thinks before acting.

In public, he dresses neatly and he is not afraid of hard, physical work, much of which – though he didn’t build it all himself – he put into making the Willunga home a comfortable base for his family. Ian’s wife, once a nurse, has the practicality and straightforwardness that seems to be somehow characteristic of people in that profession.

Ian describes his family’s journey in the pages of his first book – The Holistic Life – Sustainability Through Permaculture. It’s at the same time an autobiography, a reflection on sustainable living and a manual for those who would adopt a similar way of life. Through its pages, Ian describes how he came to a different way of seeing the world through discovering the permaculture design system – the creation of David Holmgren and Bill Mollison in Tasmania in 1978 – and he talks about the small but meaningful steps his family has taken along Sustainability Street.

The permaculture lifestyle, for Ian, is about making productive connections with the people and organisations around you. This Ian and family did, sourcing local food from the farmers’ market and directly from growers, obtaining dried foods from a local food cooperative and exchanging with friends. Localisation is a theme that runs through the book.

But for Ian, permaculture is about a great deal more than food. It is a whole-of-life approach to making our homes, our towns, cities and our lives sustainable. Reading The Holistic Life you come away with the impression that the design system is all about self-in-community and that, at essence, permaculture is about cooperative and convivial living.

The book – a large format paperback of 144 pages – consists of three segments, the first of which introduces permaculture and the need for such an integrated approach to living. The design system’s ethics, reflections on the passivity of consumer society, the coming peak in the production of the global oil supply and the likely results to follow, and the idea of design as a life tool are covered in the heavily illustrated pages.

Ian’s journey to permaculture is found in the second segment. Here, too, is a discussion of strategies for sustainable living such as the gardening of food – what David Holmgren calls ‘garden agriculture’ on account of its productive focus and to distinguish it from the unproductive home gardening of native and ornamental plants – the harvesting of rainwater for our drought-afflicted gardens and households, diet, local economic systems, community gardens and other local strategies for food production and using less energy all appear here.

Segment three is about the principles of using permaculture as a tool, focusing on the revised set of principles devised by David Holmgren. Ian talks about how we can put these to use. There are 12 of them and they provide a useful way to think about life other than those to which permaculture is usually linked. Indeed, many could successfully be applied in our livelihoods and in dealing with social issues, planning and management.

Ian’s book is a fitting companion to others on sustainable living, like Rosemary Morrow’s Earth Users Guide to Permaculture. Rosemary has remade an ordinary brick veneer house in Katoomba, in the Blue Mountains west of Sydney, into a home that demonstrates the do-it-yourself approach to sustainable living that is characteristic of those touched by permaculture.

In telling his life story and laying open the fact that his efforts are far from perfect, Ian’s book is fitting reading not only alongside Rosemary’s manual but as a prelude or follow-on to Tom Hodgkinson’s How to be Free, a more anarchic but thoughtful approach to sane living in an English village.

Hodgkinson adopts a different tone to Ian and is more openly scathing of consumer society. Like Ian, he highlights the value of convivial and cooperative living and agrees that practices such as growing some of your own food and producing some of your own household energy are liberating things to do. Ian’s book doesn’t say so in the same language, but his more considered style leads to the same conclusions.

The book is also welcome because of its autobiographical style, something all too rare in Permaculture literature, scant that such literature is. We have Bill Mollison’s autobiographical tome, Travels in Dreams, and we await David Holmgren’s story of the path that led him to permaculture. Fortunately, the stories of how other people came to the design system may yet appear if a Melbourne-based team is successful in finding a publisher for their collection of permaculture biographies.

Permaculture is about people and biographies and autobiographies are the genre by which we learn from the journeys of others and perhaps become inspired by them. But it seems that people are too modest to write about themselves (perhaps they could find a ghost writer or let someone else do their story as a biography) or they regard their story as too uninteresting, too unexceptional to write about. What we need are ‘little biographies’ not dissimilar to what Ian has written in The Holistic Life.

In a house in the low hills that parallel the coastline not far from Adelaide, new residents now gaze over the coastal plain in the same way as did Ian Lillington and his family. For that family there are now the new vistas of another state – another destination in their travels in permaculture.

Perhaps, after you finish reading The Holistic Life you too will come to the conclusion that this is not the last word of Ian’s that you are likely to read. Maybe, next time, it will be a more technical book, a manual, perhaps, describing the design and detail of the many ways to make your life sustainable. This is only speculation.

But what is not speculation is our need to move to a saner, sustainable way of life. Rather than the deprived, do-without and rather glum and grey life painted by environmentalists of the old ilk, what we need is a way of sustainable living that is, instead, colourful, comfortable, convivial and lively. And the prescription for such as life is there, within the pages of The Holistic Life.