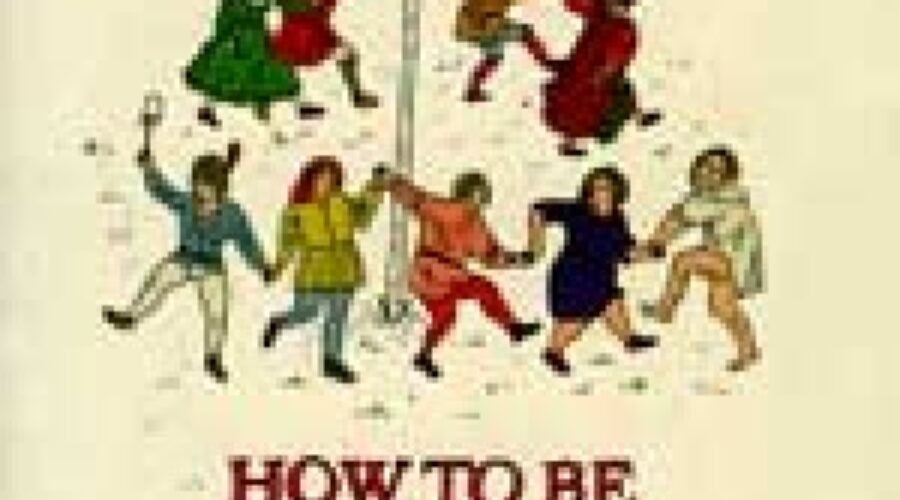 Being idle – a book for the free spirited

Idling for the free spirited… and those who would like to join them.

THIS IS A BOOK for the free of spirit by the man who edits the famous Idler annual. It’s an interesting, easy to real and irreverent book full of unorthodox ideas that are as challenging to conventional lifestyles as they are common sense.

With its light manner and subtle humour, How To Be Free asks serious questions about how we live.

First impressions might suggest that author, Tom Hodgkinson, is a man simply disgruntled with conventional life and seeking escape, a man who has written a book that pokes fun at conventional living.

Certainly, Hodgkinson does this but to dismiss his writing as frivolous is to miss its profunduty. Make no mistake — Hodgkinson is a social critic whose questions lie deep within many of us and account for that longing and dissatisfaction we feel when we encounter people living differently, perhaps as we secretly would like to live.

Hodgkison’s  writing just might encourage you to escape life’s consumerist doldrums and set out on a fresh voyage of discovery and conviviality.

Tom Hodgkinson’s story starts in London. There, he became so disenchanted with a life immersed in consumer society that he invented his own escape. Packing bags, belongings and family, he departed the city for the quietude of a small, rural village.

His family had no intention of becoming rural recluses. What the Hodgkinsons sought was an engagement with life on their own terms and in a way that did not consume most of their time doing what we regard as ‘work’.

That’s something that more than a few in this country have pursued. It’s an idea that inspires Australia’s downshifters. But, as the Australia Institute’s Clive Hamilton has pointed out, you do not have to leave the city to downshift, although many do.

if you enjoy your work, then it’s not work

The lifestyle Hodgkinson sought is also one that should be possible with the adoption of online communications. Described as ‘teleworking’, the idea is that modern, online communications makes it possible for some people to work from home and to be linked to their distant workplace by high speed broadband. It’s put forward as a means of reducing travel to and from the workplace and, in so doing, minimising the emission of greenhouse gases attributable to road transport.

The idea has been around for some years. Earlier, those proposing it put forward the notion that high speed broadband would enable people to leave the cities to live in rural towns, there to supply services to city clients or to participate remotely in a workforce. This happened for some, however the number of occupations that enable this sort of lifestyle are limited. Teleworking, though, is now a reality for many Australians, even if it is limited to only several days a week.

Slow living, but not idleness

Hodgkinson is editor and publisher the annual, The Idler. Idling, he writes, is about siezing control of your life in order to improve its quality. The Idler and his book, however, are not about loafing around aimlessly. They are about creating a saner, calmer sort of life; the type of life he and his family have in their rural village in countryside England.

His idea is that we can escape the stressed, time-poor and hectic lives of the rat race if we have a vocation, craft or other skill that is in some way marketable and that we can trade with friends. Hodgkinson has such a marketable skill — that of journalism and editing, and this is how he generates income during that part of the day he devotes to earning a living.

The version of idling that Hodgkinson promotes calls for a fair level of personal organisation and not a little discipline when it comes to  organisation. It calls for much the same time management skills that full time work in the city does, though personal organisation for Hodgkinson would be a more relaxed affair than the hasty scan of their planners that city workers are often seen to do on their way to work. His ideal day demonstrates his assertion that if you enjoy your work, then it’s not work.

Here’s how he organises his day…

Mornings are for reading and writing. Reading might sound like pleasurable idleness to some, but to a journalist like Hodgkinson it qualifies as work. It is dignified by calling it ‘research’. As a writer, Hodgkinson presumably enjoys his morning activities, thus, in his terms, disqualifying them as ‘work’.

Gardening and baking, however, are generally regarded as creative activities and certainly not as work in the negative sense of the word. For organised households that do not suffer the time poverty of many urban residents, they are part of the ‘household economy’ and clearly occupy that status in the Hodgkinson household.

The day’s work done in the morning and the household economy attended to in the afternoon, evenings are for eating, drinking with friends and socialising. The Hodgkinson’s is a convivial life.

More fun than the supermarket

The virtues of gardening, the production of vegetables, herbs and fruit and permaculture are ideas that reappear throughout the pages of How To Be Free.

“We have quite a small garden and even that seems like a burden at times”, writes Hodgkinson. “But to learn about flowers and plants and soil, and to look after them and plant them and eat them… life doesn’t offer a much more pleasueable, useful and satisfying activity. When I was young I never understood gardening as I was only interested in drinking… now I’m interested in gardening and drinking”.

Hodgkinson writes that taking up gardening opens up a new community of people who swap seeds and vegetables. Gardening is profoundly creative whereas supermarket shopping is profoundly uncreative, he says. In a world where fun is usually purchased, growing vegetables combines fun with productivity, he asserts.

Like producing your own electricity from your own solar panels, he writes that growing of some of your own food can be a liberating experience that can help to free you from an otherwise unwanted lifestyle.

A fun approach to life

“One of the great attractions of permaculture is that it shows you how to make the most of what you have and enjoy where you are rather than blaming your problems on lack of space or money or time”.

Hodgkinson’s talks about the idea of friends buying houses in a village, establishing households and trading excess produce and specialist skills with each other.

That idea is not new — in Australia, at least. In the 1980s, Daryl Sipos’ Permacroft proposal, had it eventuated, would have seen people buying houses in a decaying country town and buying a town centre building suitable for use as a community centre. Land for farming would have been purchased on the urban fringe. Daryl’s was one of those innovative ideas that surfaced out of the intellectual ferment that was permaculture at that time.

Hodgkinson and his family — he has a couple children — have had the courage to become the living experiment that proves the veracity of their ideas.