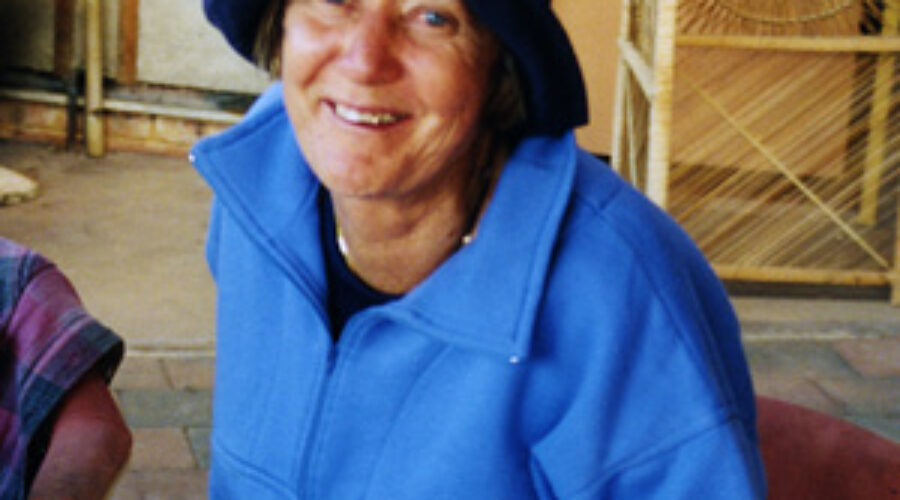 Town in the mountains

NOT LONG after writing this in 2007, Rosemary Morrow left Katoomba’s cold winters for the subtropical warmth of the Coffs Harbour area. A few years passed, then I got word that she had returned to the Blue Mountains. She is still there.

IT WAS MORNING and the serrated ridge of Mt Solitary stood above the transparent, bluish mist that partially concealed the deep valleys like the jagged tail of a sea dragon appearing on the ocean’s surface. Over to the south-east, many kilometres across the forested folds of the wide valley, bluff after blue bluff spilled their rocky cliffs into that same mist, their lower slopes lost in the bluish haze. Katoomba in the early morning of another fine, spring day.

This is a town caught in an architectural time warp. That’s to its advantage, however. Those old buildings dating from the ‘teens of last century and into the twenties and the Art Deco of the thirties give the place an ambience that continues to attract visitors many decades after those times… those years that were the heyday of tourism here.

Katoomba Street, the main strip, is lined with the architectural heritage of those times. It starts opposite the railway station at its northern end and fades as a steep run into a stretch of guesthouses and residences that start where the commercial zone runs out. In between there and the railway station, Katoomba Street is a mixture of the types of retail businesses you would anticipate in any large country town and the restaurants, cafes and coffee shops you find in any popular tourist centre. Those towards the bottom of the hill are grouped on the southern side of the street as a contiguous strip of eateries, their dining areas spilling onto the footpath they do a busy trade Saturday afternoons. Sunday mornings they are host to groups breakfasting together and to lone diners, some with their faces buried in books and others gazing absently-mindedly at the passing but as-yet-sparse street scene.

Some of the old buildings, like the sumptuous Carrington Hotel, sparkle with the effort and expense of restoration as if their owners hope to revive their patronage of the town’s prime, now nearly 80 years ago. The nearby Paragon restaurant is another example of a successful revival, but other buildings display the flaking paint and benign neglect of equally old but not-so-loved structures. It is this juxtaposition, the lovingly restored and the flaking aged, that creates the peculiar ambiance of Katoomba Street. Is this a town undergoing a revival of its past good fortune or is it a town where restored opulence is a thin sheen over a persistent decay?

The cafes and coffee shops are not the only businesses that have moved into town this last decade or three. This same strip also houses a seemingly disproportionate number of adventure equipment shops and businesses offering abseiling, rock climbing and similar activities. The big names that dominate Australia’s adventure equipment industry are here—Paddy Pallin, Mountain designs—and their presence is due to the possibilities that the surrounding World Heritage area offers to the outdoor-minded. Katoomba, looked at in a geographical sense, is a town atop a dissected sandstone plateau in which it is still all-too-possible to lose yourself for a weekend or for good.

Like most large towns, Katoomba has the surface that visitors see but conceals a social dynamic visible only to residents. Out of that dynamics has come a thriving food cooperative, the Blue Mountains Food Coop. If anyone in Katoomba conceives of a local food culture, then surely they include the coop as a core constituent.

This is a successful food coop. Now over 25 years old, the community-owned business employs around 18 people on a part-time or casual basis. Like Sydney’s Manly, Green Tucker Store and Alfalfa House food coops, Blue Mountains operates as a retail shopfront that sells at a discount to members. And, like Alfalfa House and Clarence Park Food Coop in Adelaide, Blue Mountains is among the oldest in the country. The earliest coops go back to the beginning of the 1970s—though it’s possible that there were some in existence towards the end of the preceding decade—and this surely is testament to the relevance and durability of the food coop as a business model satisfying local need and providing an alternative to the long lines of the supermarket.

As you walk down the narrow thoroughfare of HaPenny Lane, the coop announces its presence with signage. Inside, it’s a bright, well lit, tidy and uncluttered shop with rows of bulk food dispensers and packaged goods, a children’s pen equipped with toys and an impressive selection of fresh vegetables, herbs and fruit. Like all community-based enterprises the coop has its tensions but it has not let these interfere with its trading. The staff at the checkout counter are cheerful and friendly.

In a corner, a large woman is unpacking produce and stacking it. Another, this one tall and lithe and in her late thirties, perhaps, tidies and moves packaging into a back room. There certainly are enough staff, and, realising this, I recall a comment made by an acquaintance who described how how the Aldi supermarkets in Sydney employ so-few staff that there are long lines of people waiting, patiently or otherwise, to be served. Not here—this is service personalised, something that the supermarkets simply cannot offer.

A long-time coop member explains how the coop decided to reduce its once-extensive range of teas—what was the point, she said, in stocking the same items you could buy at the supermarket? This is not a universal sentiment, however, as the coop’s newsletter carries a comparison list of coop versus supermarket prices for the same products. A staffer, a man perhaps in his late-thirties, long, dark hair held in a ponytail, explains how the coop has outgrown its present shop and is eyeing a large premises on the other side of Katoomba Street. Such is the dilemma of being successful, he says. It will be the third of fourth time the coop has outgrown itself.

The coop was my purpose of being in town that day. My visit early Saturday afternoon was to check the place out. Later that afternoon, I was guest speaker at the coop’s annual general meeting. The subject was community-based food systems, something arranged when I was in town to speak at the launch of Rosemary Morrow’s new book a couple months previously.

If ever there is anyone who tries to do too much, it is Rosemary Morrow. She is a coop member, a director in fact, but she is also known around Katoomba for her work in making the town a more socially and ecologically sustainable place to live. Fortunately, Rosemary is far from being a zealot—that unfortunate type that environment and sustainability movements attract and which so easily turn people away. Instead, Rosemary is a modest woman motivated in her good work by a set of thought-out, internal values—values focused on community wellbeing.

Busy? For sure. Too busy. This weekend, Rosemary was balancing the timing of the coop meeting with the presence of a friend from Vietnam, someone she knows through her community development work there. She had taken her permaculture class on a farm tour this morning yet managed to attend the coop meeting by handing her students over to another trainer for the rest of the day.

Tomorrow, she goes to Canberra. Next week, she’s off to Armidale to finish a permaculture design course she has been leading there. That will be her second visit for this course. After that, in the run-up to Christmas, she might find time for herself back home in Katoomba but, knowing Rosemary, there is a more than even chance that this will remain an unrealised dream.

Just a couple months ago, at Rosemary’s book launch in Blue Mountains Organic Community Garden, the fact that sixty or so people had turned out amid the apple blossoms on a cool winter morning made it clear just how popular a local identity she has become. Here is a woman whose work and personality could bring people from as far away as Sydney for a short event in a cold town.

Behind the Art Deco shopfronts, the peeling grandeur of old buildings, away from the clatter and conversation of Katoomba Street’s coffee shops are those hidden connections that make Katoomba home to people seeking a sense of community and a sense of place. Those human bonds are invisible but, in the form of the food coop, the community garden and the work of Rosemary Morrow, they are, here and there, being made manifest.

A calendar triggers memories of mountain huts, summer and winter…

Life on the road. It's a romantic notion. It is also reality for a growing number of people. I got