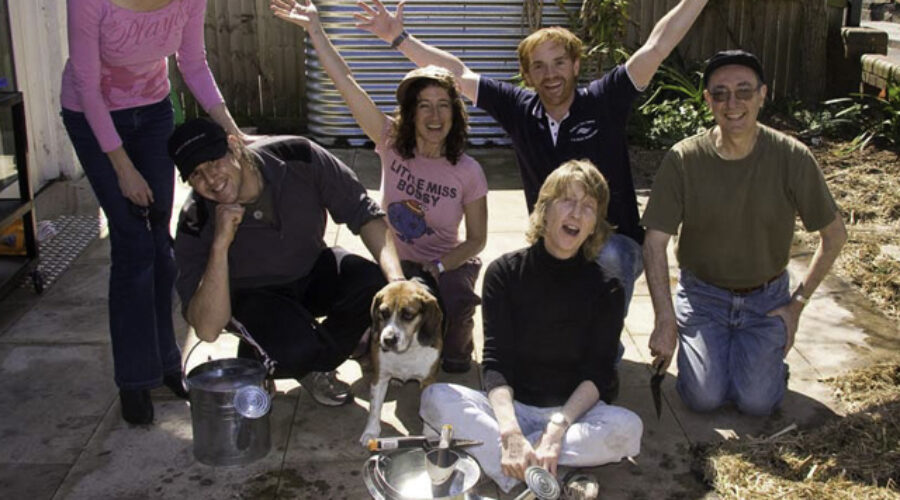 Choose your circle of action to create change

I DON’T KNOW what triggered my interest in solutions to sustainability but I trace it back to the 1970s.

I found that an exciting time… a time of social and technological change when the oil crisis stimulated a search for renewable energy systems and there was a lot of social innovation going on, especially among young people and especially those in the subcultures on the creative edge of society… not the so-called ’hippies’, but those energised by the ideas on intermediate technology coming from Fritz Schumacher and the discovery of the innovations, such as Whole Systems Design, and the other work of Buckminster Fuller a generation earlier. Despite the shock of the oil crisis to the Western world, despite an economy on the verge of change, despite the political crisis brought on by the dismissal of the Whitlam government, this was a good time.

Years later, when I was working as editor of an environmental business journal, many of the ideas that emerged during the seventies had moved closer to the social mainstream… you could see this happening… things such as conservation of the natural environment with the social movement that had coalesced around the idea and its rise to political influence… the focus on the nation’s forests… on waste management… on industrial pollution. I think it was no accident that the nineties was the decade when the Australian environment movement reached it’s peak of political power. That was a collective response to the trends of the day.

What I found disappointing was that the debate over these important issues would quickly polarise people… they would immediately take up their positions for or against. The argument would then go into a sort of statis with opposing groups bunkered in their ideological and attitudinal silos. There would be little forward movement towards realistic solutions and the result would often be the emergence of a stubborn dogmatism.

I’m disappointed that this is still the situation today on many issues, but what I am happy about are the newer groups that have emerged and that are  trying to develop innovative solutions.

Not long ago I came across two books that illustrate this. One is Kunstler’s The Long Emergency which I and others have found an interesting but somewhat despairing read. Kunstler sees a period of scarcity and collapse coming as we deplete many of our most important resources such as oil, and this he says will possibly last for hundreds of years, hence the ‘long’ emergency.

He writes that people will have to move out of big cities into smaller communities with arable land and a reliable water supply in a favourable climate for agriculture. He sees little prospect of otherwise adapting to change.

The other book, and this is the one that inspires me and fills me with hope and stimulates what I do, is Thomas Homer Dixon’s The Upside of Down. Why it left me with hope was that Homer Dixon examines the seriousness of our challenges head-on but, instead of wanting to run away to the countryside, he sees the problems brought by the big challenges of energy supply, climate change and all the others as the trigger to creatively adapting our cities and our lives to the changing trends.

His argument is that converging energy, environmental, economic and political stresses could cause a breakdown of global order but there are things we can do now to keep this from being catastrophic. Some kinds of breakdown could open up opportunities for creative and bold reform of our societies if we choose and act to exploit them.

What I found intriguing about Homer Dixon’s book when I first picked it up was the subtitle—catastrophe, creativity and the renewal of civilization.

He doesn’t itemize the ways by which we can creatively respond to change but I imagine that those ways are what some of us are already engaged in within our groups and communities. What Homer Dixon does offer, however, is a useful summary of the challenges we face.

This brings us to the question of how we take action in our lives. A key to taking creative action and to make it achievable is to understand where in life we can act.

Imagine each of us as an individual in society. Immediately around us are people and circumstances we can influence and, possibly, change. This might be the food choices we make, the people we surround ourselves with, our workplace or household, the community groups we participate in… things and areas where we have even some small measure of influence. Here, we can make important, creative and enjoyable changes that do make a difference although that might be a small difference. Let’s call this our circle of influence.

So, we can act within our circle of influence to bring important and positive change to our lifestyles, to our homes and to the way we make decisions and treat others. But how do we exert influence in our circle of concern, on those bigger trends and things beyond our immediate, personal influence?

The answer to this is called collaboration. It’s the joining, it’s the cooperating with others to bring positive change into reality.

Let’s look at a few examples:
Sustainability Street in a neighborhood improvement arrangement through which people cooperate to reduce their energy and water consumption and to improve their shared street. In Waverley, local Sustainability Street people got together to convince their council to let them build a small community garden in their adjacent park.

In Chippendale, locals associated with the Sustainable Chippendale initiative, some of whom had already improved their homes with energy and water saving devices and by adopting personal behaviours, took the initiative to get together and gain council support to plant their footpath verges to citrus and vegetables, native and exotic plants. They then started a community composting system in a city park and are working with council on other innovative, creative ideas.

In Port Kembla, local people planted weedy, unruly road verges along a secondary road to subtropical fruit, olives and pumpkin. They grew so much pumpkin they had to organize the Port Kembla Pumpkin Party to eat it all.

In a Sydney Eastern Suburbs apartment block, residents interested in food and gardening decided to collaborate within their circle of concern by planting a herb and vegetable garden and some fruit trees in the apartment block’s open space.

There are numerous examples of people linking their circle of influence—what they can do personally—with their circle of concern by working collaboratively with others to create something new and innovative that brings something positive to their and their family’s lives.

This is the creative imagination at work. This is how we develop those creative solutions that Thomas Homer Dixon speaks of when he says there can an upside to down, that what could be catastrophe could also be renewal.