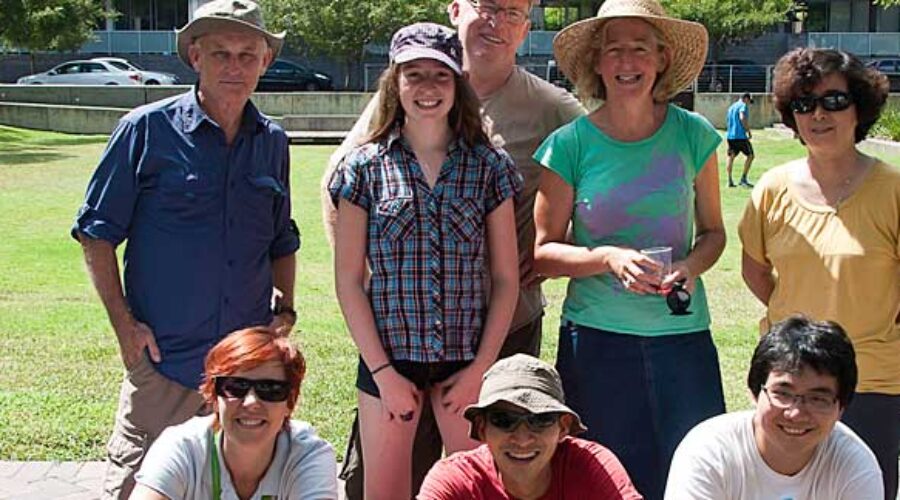 Green Square Growers get going at The Tote

THESE URBAN FOOD ENTHUSIASTS call themselves Green Square Growers, and they’re a new group living adjacent to the brownfields that will soon house an additional 20,000 people in what s going to be a major urban renewal. Some live in Victoria Park, a large cluster of medium density apartments that offers a foretaste of what will appear in Green Square.

I met with the City of Sydney’s Green Square Community Worker, Urban Renewal—Cara Levinson—who assists this group and another, Friends of Victoria Park who work n the social side of things there. Cara informed me about what the group had in mind and I took these ideas back to the City of Sydney at Town Hall House. My role? To facilitate what it was that Green Square Growers wanted by clearing the bureaucratic bumps so that the Growers could get on with building their first project. My other role was to ensure that materials for their project were on hand, at the right place at the right time.

It was my brief in working with the City to take this pro-community approach, to ease things through the decision making structure, source funding, materials, skills and training so that people could get on with that it was they wanted to do. In this, I was encourage by what Ernesto Sirrolli, the social entrepreneur from the US-based Sirrolli Institute, said about the role of people working with local government—that they, too, could take an entrepreneurial approach and facilitate communities taking action, a role describes as that of ‘civic entrepreneur’.

Green Square Grower’ first project was the construction and installation of a raised garden bed in the plaza outside of The Tote, an old building repurposed as a library and community centre. It was to be of the wicking bed type, a self-watering garden consisting of a garden built over a rock-filled reservoir which is periodically topped up with water.

A commendable criteria for the project was that it be made of recycled and reused materials to that it could serve as a model for others. A visit to Reverse Garbage sourced the timber for the raised planter, which was assembled off-site and brought on-site in prefabricated form on the morning of construction.

The location of the planter had been worked out over the preceding day and this was confirmed when the group of 12 or so turned up.

First, the planter was installed then a layer of sand was spread over the brick paving. A double thickness of builders’ plastic was laid so that its it lapped up the sides of the planter box for about 30cm or so. This contains water in the reservoir which is connected to the soil surface, added later, by a perforated tube of agricultural pipe used to top up the water supply in the reservoir. A cap is placed on this to prevent the tube filling with leaf litter. Next, recycled concrete aggregate was tipped carefully (so as to avoid puncturing the plastic liner) onto the planter base—this stabilises the reservoir which holds the water that irrigates the garden above. The aggregate was covered by a geotextile layer, the purpose of which is to prevent soil particles moving into the aggregate-filled reservoir and blocking it. On top of that compost was lid to round 30cm sep, close to the maximum depth through which moisture will wick by osmosis. Straw mulch was laid and seedlings planted through tho into the soil below.

The wicking bed built and now in use, you can only wonder what Green Square Growers next project will be. Whatever it is,Victoria Park will steadily go from empty to edible.