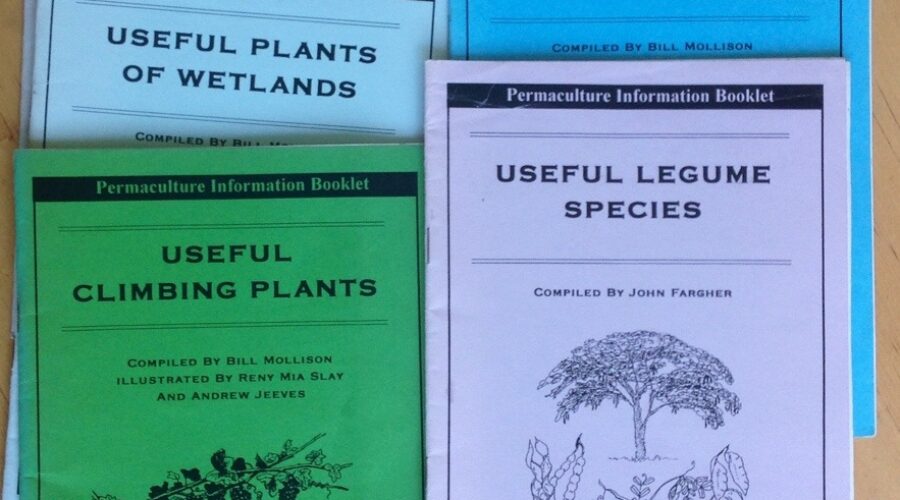 Booklets a waypoint in permaculture history

SOMETIMES, useful things come at small scale. So it was with the ‘Useful’ series of booklets produced for those establishing permaculture systems.

The series was officially published in 1994, however my recollection is that the publication date of the individual booklets making up the series spanned several years. A5 size publications, they were compiled by different people and they were illustrated with line drawings. Their content was a listing of useful species and a description of each.

DISCOVERY
It was in the mid-1990s that I obtained those in my collection from Robyn Francis at her Djanbung Gardens headquarters out on the edge of Nimbin. I think I was there for a short course — was it a course with Peter Hardwick on bush foods? There, Robyn had — and I think still has — a small shop stocked with interesting titles and other products. For each edition I paid the grand price of $4.

I haven’t made much use of the booklets since I bought them. I put that down, at the time, to my work being with Greening Australia, then engaged in the Billion Trees program — not that I did a great deal of tree planting in my role of NSW community liaison — and after that in international development in the south west Pacific.

They have sat there on my various bookshelves over the years, squashed between heftier books that were successful in hiding them. It was only when I was decluttering and getting rid of seldom-read books that I rediscovered the booklets. At the time, they were part of permaculture’s slowly growing library of titles.

The value of that collaboration is the species references that the booklets make possible. They are rather thin books but that belies the huge amount of work that goes into writing something like this. Producing an authoritative listing of almost anything entails a lot of research, and in those days it wasn’t as simple as an online search because 1994 was a full year before Mosiac, the first browser useable by anyone, became available to computing technology’s early adopters. Yes, these are pre-internet products.

The only other publication of the type to come out of the Australian permaculture milieu was Jeff Nugent and Julia Boniface’s Permaculture Plants – a selection, published by the Sustainable Agriculture Research Institute in 1996.

Will we see more books like these? I doubt it. The internet is now the global knowledge repository and it is there that people go to find stuff and to publish it.

I don’t know if the Useful publications are still in print. Perhaps Robyn Francis can advice us about that.