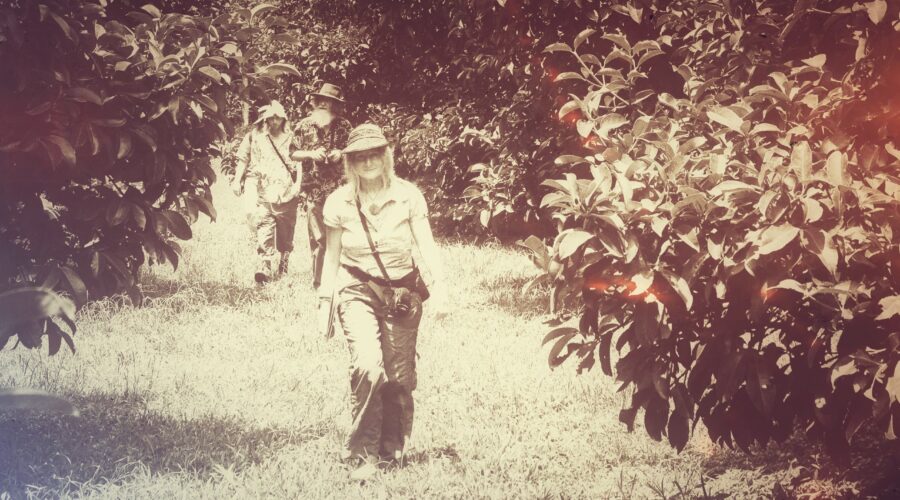 Small and slow solutions: a principle too little, too late?

A bit of both, I think. A good idea some of the time, but what about other times? Small of slow solutions might work when we’re establishing an ordhard, but in these days of the Great Acceleration it might be too little too late. Let me explain.

Since the 1950s there’s been rapid growth in a number of key economic, social and environmental factors that affect human societies. Rapid polulation growth, an increasing rate of resource extraction for energy production and manufacturing, technological development, telecommunications, ecosystem and biodiversity loss, atmospheric warming, oceanic acidification and a lot more are just some of the things that have rapidly increased since the mid-1950s and that continue to increase. This is why that period, from around the mid-1950s to now, is called the Great Acceleration. It’s part of what has become known as the Anthropocene, a new geological epoch — the ‘age of humanity’ — in which our species has as much influence on earth systems as does a force of nature.

SYSTEMS THAT FLIP
The melting of the Arctic sea ice has happened over only a very short time and it is one of those factors what figure in the Great Acceleration. Ice cover seemed normal but then it flipped into this new state of rapid melting.

Rapid flipping into a new state is a property of the systems we live within, whether they are natural or human systems. The loss of arctic sea ice is just one example. The disturbing reality is that we might not be able to reverse the flip into a previously-favourable stable state. The term ‘the new normal’ has become popular in describing permanently changed weather conditions and it could equally be applied to any flipped system.

We’ve seen other flips in recent history. Economies flip — remember the 2008 global financial crisis?; societies flip — remember the collapse of the Berlin Wall 25 years ago… East Germany seemed so monolithic, so strong…then it suddenly collapsed, stimulated by the decline of the Eastern Bloc elsewhere; and, of course, ecosystems flip into new and often degraded states in which they may become less effective at providing those ecosystem services we rely on — provision of fresh water, habitat, rainfall stimulation, influence on regional climates and so on.

Whether the Great Acceleration further quickens the rate of systems flipping is something we will see. In this new context of rapid change I don’t see how we have the luxury of time to adapt that is proposed by the permaculture principle of small and slow solutions. The principle might be alright for growing a garden, but it might be too late for changes that move rapidily. And in the world of now, rapidity is the pace with which change happens.

A difficulty with small and slow applied at the societal level is that it allows undesired changes to occur rapidly, become established and then go unchallenged. The lag between the onset of rapid change and the response of small and slow solutions to it creates a time gap during which the changes become established. By the time small and slow solutions start to have any effect, if they were to at have any at all, the undesired, rapid change would have likely established itself with its own momentum and would be difficult to reverse or deflect.

After thinking about the world and how it works now, here’s my take on this principle: Small and slow solutions might be alright for growing a garden, but the permaculture principle might be too little too late for change that move rapidily. And in the world of now, rapidly is the pace at which we move.

NEEDED: AN OCCASIONAL OVERHAUL
Here’s my proposition: permaculture’s principles are selectable and negotiable; they are not immutable like natural laws, and to treat them as such is to degrade them to the level of dogma. Principles are guidelines to thinking and behaviour, none more so than the cherished and oft-quoted permaculture principle that we are discussing. We hear this one recited like a catechism at times, like statements of absolute truth from some elemental book.

Like all systems of ideas and practice, the permaculture design system needs occasional (more frequent could be better) updating and reiteration. Its principles and ideas, like all ideas and practices, should be questioned so as to introduce the changes that would keep them relevant to the conditions of a rapidly changing world. An out-of-date system is a system of no value at all.

If we accept this then we have to question the relevance of the principle of small and slow solutions as applied to trends at scale and in the context of the Great Acceleration. The principle will still be of use in a great many instances but it may be neither scaleable or timely.

Small and slow may sometimes have to give way to big and fast.