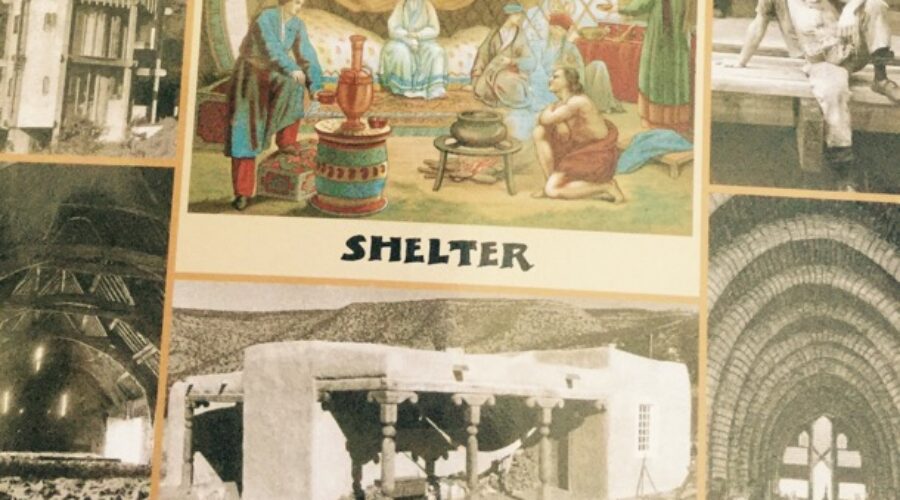 TO USE A TIRED CLICHE, back in the day I think it reasonable to say that my friends and I were what I can describe as skateboard pioneers in Brisbane.

Long before skateboarding became a respected sport and birthed its own industry, back when it was called sidewalk surfing and was, let’s just say, a fringe activity, in the workshop of the guys living next door at Mt Gravatt, we made skateboards of shaped pine planking painted in the colour and graphics schemes of the surfboards of the day. We equipped them with roller skate wheels and descended steep hills at breakneck speed. Somehow, we survived. Those were my high school years, so you can imaging how long ago it was. But I have nothing on Lloyd Khan.

Lloyd Kahn started skateboarding at 65 and he in now well into his seventies. But that’s not why I want to talk about him. Why I do is the influence of his books in my life.

Past and present-day influence

It was the early seventies when I acquired my first copy of Shelter. That book came out of Lloyd Kahn’s work as shelter editor for the Whole Earth Catalog. The Catalog has been called the internet-before-the-internet because it included user-generated content (in print) and connected people with the tools they needed to make their owner-built homes and intentional communities, to grow their own organic food, to learn the necessary skills and to live a life suited to the ethos of the ‘alternative culture’ of the seventies. It was about access to information.

Shelter Two followed as did other books including three recents on owner building and mobile homes in vans, trucks and boats. I understand my first copy of Shelter was lost in a flood at Tenant Creek in the Northern Territory where my ex-partner from the time, then a criminal lawyer, was living. Fortunately, Shelter proved so popular that although it was first published in 1973 it is still in print, so I could acquire a new copy.

Inspiration for a generation

Like the Whole Earth Catalog that was to reappear through successive new editions, Shelter was inspirational fuel for a generation. In Australia it was accompanied by the detailed how-to manual on design and construction, Low Cost Country Home Building, I think it was called, by Sydney University architecture lecturer, the late Col James. Col went on to lead students in the construction of Australia’s first ‘sustainable house’ where the Seymour Centre now stands in Chippendale. I remember it because with a Sydney architect, Mark last-name-lost (he designed buildings influenced by the ideas of Rudolf Steiner), I wrote an article about it in the London magazine, Countercurrents.

The link that follows takes us to a short video about Lloyd. In it, the interviewer mentions that today there is an interest in what happened in the sixties and seventies in regard to that whole self-build counterculture scene. This I think is good because people in permaculture and transition town circles are in some cases unknowingly reviving some of the things that were pioneered in those decades. Not necessarily invented then because many are traditional skills. But in those years they went through their first post-World War Two revival.

Renewable energy, water harvesting and storage, energy efficient building, growing your own organic food, sharing accommodation, worker coops, food coops, urban and rural homesteading and its accompanying skills and others like modern-day intentional communities were part of that culture that a new generation of permaculture folk are reengaging with.

This is good. It is also easier than it was in our day because some of it has been commercialised, like photovoltaic systems, and has gone through research and development. As a result it is today both cheaper and more efficient.

Ever since the pioneering development of Crystal Waters Permaculture Village intentional communities have been reinvented as ‘ecovillages’. They differ to their antecedents in that they are often more like predesigned real estate developments complete with basic infrastructure than people coming together to find land then build on it. That was how Bill Metcalf, a major researcher on intentional communities, academic and author, put it to me anyway.

So, to Lloyd Kahn, his pioneering role in all this and his reflections and ideas on self-building, growing food and how to live well today.