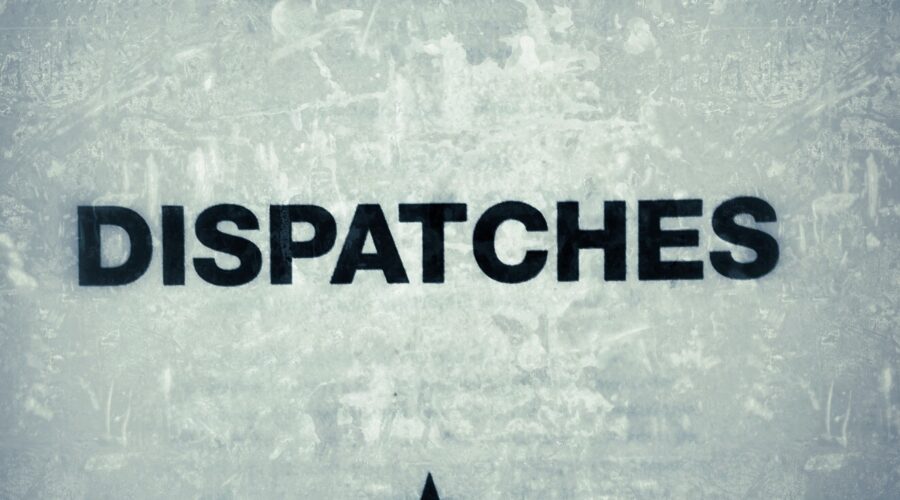 Farewell and thanks Michael Herr: Despatches — an appreciation

THE PASSING of Michael Herr marks the loss of perhaps one of the greatest exponents of the New Journalism, now known as ‘creative nonfiction’, that renewed the practice of journalism in the seventies.

Although the genre borrowed from fiction writing it firmly belongs in journalism, in reportage. Guardian journalist, Sian Cain, put it this way in regard to Michael Herr:

“Herr was one of the most respected writers of New Journalism, the novelistic reportage pioneered by the likes of Tom Wolfe and Truman Capote, where the journalist is as much part of the story as their subject. He practised this most famously in his book Dispatches, about his time working as a war correspondent for Esquire magazine in Vietnam between 1967 to 1969”.

Despatches. A dog-eared, time-worn copy of the book still sits on my bookshelf. Its pages yellowed by time, it was years ago that I read it. Maybe I read it twice, I don’t remember. You wouldn’t have to do that but it might help take it all in. There’s a lot to take in. It remains one of those immersive reads — is that the right term to describe something that leaves an imprint in your head? I’ve recently felt the urge to read it again. Maybe I will now.

Despatches was published a good decade after Herr returned to the US. It is a report of his time in South Vietnam during those incredible years. They were a time when President Lyndon Johnston’s ‘light at the end of the tunnel’ began to fade. Johnson used that term to buoy-up home support for a war that was looking more and more tired and that was generating more and more resistance on the streets of US and Australian cities. That light in that long tunnel continued to fade until it was finally extinguished as the choppers evacuated the last of the people from the US embassy rooftop in Saigon as South Vietnam collapsed and a troubled, tumultuous period of history came to an end. Who can’t remember Australian film journalist, Neil Davis’ footage of that tank crashing through the gates of the presidential palace in Saigon? If anything did, those few minutes of film signified the extinguishing of Johnson’s fabled but forever-elusive light.

See: https://youtu.be/FKYBToAkzrA at 3.06 minutes into the footage.

See also: https://youtu.be/IdR2Iktffaw for a report of Saigon’s final day.

By this time we had the Tet offensive, the battle for Hue, Long Tan and the five o’clock follies — the US Army’s afternoon press briefings in the rooftop bar of the Rex Hotel in Saigon, attended by a bar load of increasingly cynical journalists with their growing disbelief as the military tried to gloss over things starting to go wrong. Herr avoided these increasingly unbelievable shows.

“There was a map of Vietnam on the wall of my apartment in Saigon and some nights, coming back late to the city, I’d lie out on my bed and look at it, too tired to do anything more than just get my boots off. That map was a marvel, especially now that it wasn’t real anymore.”
…Sian Cain, The Guardian.

This was the war Herr spent time in. He was one of a coterie of correspondents and photojournalists who reported the confusion, the faulty strategies and tactics, the magical thinking that dragged the war on and on. Years later, I ran into one of them in Byron Bay. He was a shooter (camera, not M16) for AP (Associated Press, one of the big news agencies fielding reporters and photojournalists who produced the news and the images the newspapers and magazines picked up). An American, he lasted a year there and for him, that was long enough. Herr spent twice that time and we have Despatches to show for it.

Despatches is a gritty, visceral story of the people in that war. I’m not going to describe it because that might spoil reading the book. But do that, read it. It is the story of a time many of us went through whether we were over there or at home — both stories have blended into a single history now although they were different experiences.

Herr went on to work with Francis Cappola, the film producer, on the 1979 film, Apocalypse Now. Loosely based on Joseph Conrad’s Heart of Darkness (yes, read that too, it’s only a thin little book — I’ve read it three times now), Herr’s Despatches contributed to the film as well.

Despatches chronicles a time that is in the storyline of many of us, a crazy time, a wonderful time and assuredly a strange time. Didn’t another New Journalist exponent, Hunter S Thompson, once say something somewhere about how people who survived the decade spent the time after trying to make sense of it all?

So thanks Michael Herr for your risky and insightful time in South Vietnam, the trial of writing the book and for the stories it contains. Whether you were there, whether you were a stay-at-home patriot or an opponent of the war, Despatches is worth your reading.

Farewell Michael Herr and thanks not just for the book but for your contribution to the New Journalism. Yours was so much better than what passes for newspaper journalism now.