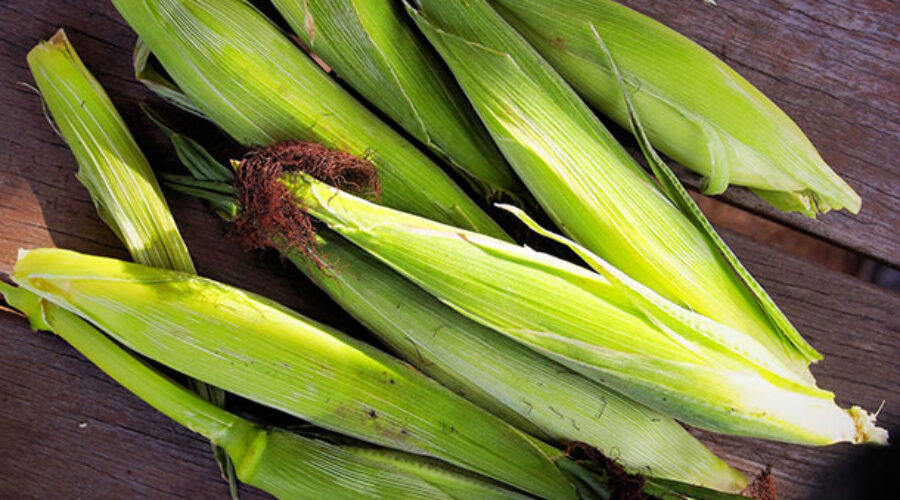 TAKE A LOOK at the videos about the food system doing the rounds of community groups and what’s one thing you notice? This is what I notice: many of them focus on farming.

That’s good, of course, and it is especially good that they focus on the small family farmer or young farmers entering the profession as those are the most threatened part of our farming system. Many of those small farmers are developing new approaches to food production and distribution because they do not have the assured export and large domestic markets of the big grain, wool and beef growers. Their markets are more diverse, hard to define at times and sometimes ephemeral.

That is what lies behind their willingness to innovate. Innovation is taking something that already exists and improving or adapting it with new ideas. It is different to creating something new, which is invention.

Innovation comes from evolutionary pressure not unlike that which powers natural selection. Changing market conditions and eater preferences open opportunities for astute farmers to take advantage of, just as in nature the opening of a new ecological niche creates opportunity for the agile, adapted organism that keeps its beady eyes open for new opportunities to reproduce and go forth and prosper.

Farms are the starting point of our food supply and thanks to all these videos about the food system and to the popular notion of ‘local food’, small, innovative farmers have been promoted in the popular imagination to something like mini-heroes. It’s much like the publishing and entertainment industry created the ‘celebrity chef’, only with farmers it has more substance.

The danger is that over-popularising farmers can lead to misapprehension about the farming life. Those same films I mentioned at the start of this story have already led to a degree of romanticising the life of the small farmer. The risk is that this romanticised notion of rural life will start to separate from its realities.

Anyone taking up farming these days has to be brave, given the long hours, competition from cheap imports, predatory supermarket purchasing and marketing and the need to cater to changing and sometimes fickle markets. But in popularising our rural producers, are fair food advocates focusing on the less effective part of the food supply chain when it comes to seeking to reform it into a fair food system?

What I am getting at is that we live in a market economy. Food is produced for sale to eaters and on its journey between its start on the farm and end point on the dinner plate it passes through processors who ‘add value’, in the language of economists, by altering and packaging it. By altering, I mean that food from the farm is changed in some way through cooking, baking, preserving or processing, as in whole potatoes being processed into dehydrated mashed potato. By packaging I mean canning, bottling, bagging and labelling.

As they say in journalism, we ‘follow the money’ to see where power and benefit lies in this cascade of market relationships and to think about where it is best for fair food advocates to focus their efforts. Following the money leads us to think about how it flows back from food buyer to processor and to farmer. Where does the economic power lie?

Farmers, smaller farmers anyway, say they are not the prime financial beneficiaries of the urban food supply chain and this might account for those among them who have taken to direct marketing, farmer to eater, through farmers’ markets. Likewise, a few have found opportunity in selling to not-for-profit intermediaries such as food co-operatives and community-supported agriculture ventures. Such marketing approaches bring a little more certainty to a profession beset by a great deal of uncertainty about its future.

…You can have any number of small, innovative farmers but they need buyers receptive to their products who support the production processes they use on the farm so as to build that basis of demand that underlies successful markets…

But it is the buyer, the ‘consumer’ to use the economists term, where real economic power lies. Why? Because food choices, whether made in the supermarket or the farmers’ market, are a vote not only for a particular food product, an economic encouragement to produce more of the same, but for a particular company, food processor, place of production (imported or domestic product?) and distribution or farmer.

Participation in a market economy imparts considerable economic power to buyers and, consequently, to advertising and marketing to get those buyers to purchase particular products. While not ignoring farmers or food processors, fair food advocates might do better by focusing on changing food buyer habits than the existing focus on farmers. Their promotion of farmers, processors, retailers and brands supportive of Australian-produced foods (and regionally produced so as to develop the regional food economy) and that have been grown by farmers employing soil conservation strategies might divert a little more income to those farmers and food industries.

You can have any number of small, innovative farmers but they need buyers receptive to their products who support the production processes they use on the farm so as to build that basis of demand that underlies successful markets.

For food buyers to intervene in the food market in some organised, coordinated way to economically establish a fair food system and support smaller, regional farmers would be to game the food supply chain and the economics that are part of it. It could be the way for the fair food movement to intervene in that economy and it would call for a national, integrated campaign bringing together fair food organisations across the country. That’s a big ask and there is also the question about an organisation with the capacity to pull it off.

Organics… by way of example

Perhaps we can look to the organic food industry as an example of the discretionary power of consumer spending on food and how it can sustain markets.

Marketers for the industry, now an economically substantial farming, processing and retailing part of the food supply chain, highlighted the landcare and food safety elements of organic farming. Buyers responded with their money because the message that organic farmers take better care of the land and avoid synthetic biological controls was successfully conveyed to the marketplace. The organic food industry was successful in building the organic food market, as the pervasiveness of that market demonstrates.

What they did not do, and what food sovereignty advocates would require them to do to become more integrated into the fair food sector would be for them to focus on Australian grown and produced organic foods. A portion of organic food is imported. That’s from what I see around the shops where I live, anyway.  That’s good for organic farmers and processing industries overseas but offers nothing of value to Australia’s organic producers catering to the domestic market. With Australian organics being exported and organic foods coming in the opposite direction, the organic industry is truly part of the global trade in food, a niche market within the greater market.

To some extent organics has lost its alternative food alure. That’s what comes with mainstream acceptance and it is part of the normalisation process that ideas go through as they make the journey from social fringe into mass adoption. Maybe that’s why some buyers started drifting to regionally produced or ‘local’ foods some years ago irrespective of their organic credentials or lack thereof.

The capacity to act

There are small organisations seeking to change food buyer habits. There are also fair food advocates working at the production end of the supply chain. But there is not yet any organisation with the financial, communications and organisational capacity to address food choices at any substantial national scale.

I’m hoping such an organisation might come from an existing advocacy finding the financial support to make this happen, but where those supporting funds would come from I have no idea.