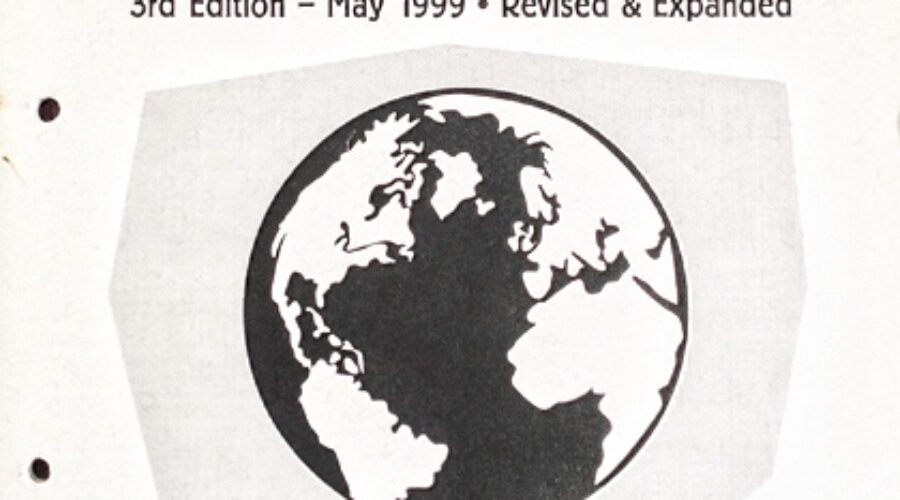 Artefact a list of global permaculture organisations of the past

The artefacts of our permaculture journey…

With a story spanning close to 40 years, the permaculture design system has left a trail of artefacts. Sometimes in plain sight, sometimes hidden and forgotten, these we explore in our archeology of our design system…

THIS artefact has been dated to the middle period of permaculture history around 17 years BP (Before Present). It was found in a collection of documents that included most of the editions of a magazine called Permaculture International Journal and another called Permaculture Edge.

“It appears to be a directory of known permaculture organisations around the world at the time”, said the person who uncovered the publication.

“What is remarkable about it is the amount of work that went into producing it. It was produced in the time before the internet reached the scale it has today, with its easy ability to find permaculture organisations online. The Mosaic browser, the first graphical used interface that would make the internet easily useable — had only been released five years before to what was then the small population of internet users.

“Can you imagine researching and compiling all of those permaculture organisations listed in its pages? And then placing them in order in a publication printed on paper?

According to the researcher, the publication, then in its third edition, is believed to be the last of a series of previous editions spanning the vast gap of time before its publication, from the late-1980s or thereabouts. It is believed to have been sold by an organisation called Permaculture International Ltd from its office in Lismore, adjacent to Lismore City Farm, at the time.

“The directory is one of those things there was no further need for with the coming of digital culture and the internet”, said the researcher. “Were it to be done today it would be as an app.”

“Its value as an artefact is as a reminder of the dedication of those early permaculture people and the permaculture journalists who produced the directory.”

The artefact, its pages yellowing with age, has been placed in the safekeeping of a bookshelf.

Other stories in The Artefacts of Our Permaculture Journey series…

The building where it all began
http://pacific-edge.info/2016/07/the-building-where-it-all-began/

Artefact a list of global permaculture organisations of the past
http://pacific-edge.info/2016/06/artefact-a-global-list-of-permaculture-organisations/

A community that never was
http://pacific-edge.info/2016/05/a-community-that-never-was%EF%BB%BF/