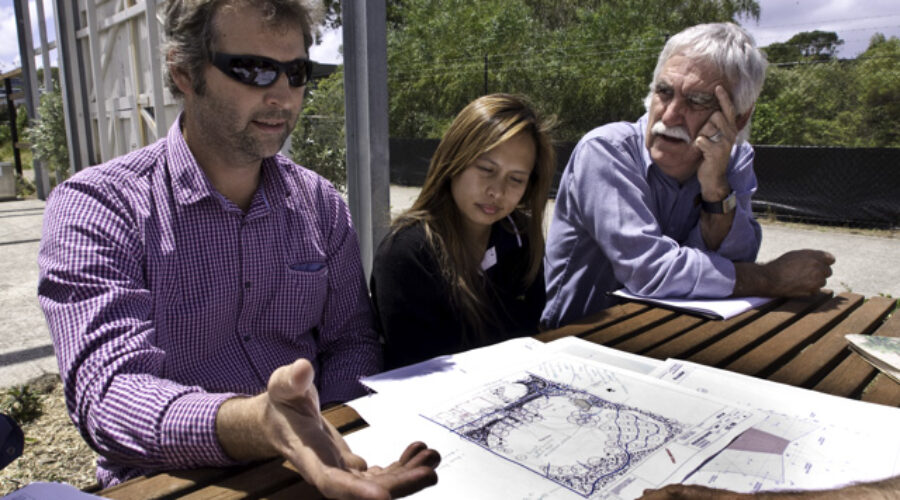 HOW DO WE GROW the presence and influence of our organisations?

This is an all-too-often-ignored question among NGOs and voluntary community organisations. Yet, it is perhaps one of the key questions about their effectiveness and their future. It deserves far more attention than it receives. It is one of those questions that should be asked again and again.

There is something in the dynamics of organisations, particular those community-based and relying on volunteers, that leads them to follow the well-trod path of conventional organising. Seldom do they adopt newer, more innovative organisational structure. Seldom do they define the types people they need to do their job well, and seldom do they reorganise their structure around them.

Over a decade ago, in his book, The Tipping Point, Malcolm Gladwell described three types of people who make change happen:

When they recognise the value of these three roles, organisations have the opportunity to structure their teams around them.

Why are these types important in permaculture?

The roles are important to moving permaculture towards greater acceptance by the public and by institutions because, as it is distributed widely across countries and continents, face-to-face connections cannot achieve the scale and frequency of contact necessary to creating a sense of commonality that generates a sense of belonging to a community of practice or a social movement.

Permaculture is structured as a distributed network both nationally and globally. Nobody built it like this. It evolved that way because of its internal dynamics and because of the availability of communications channels linking groups at the national and global scales. This permaculture network consists of many nodes and clusters:

Gladwell’s mavens, connectors and salespeople offer a way for us to understand our role and those of others within the permaculture network. The three roles are critical to taking permaculture to people who have not encountered it before and to keeping informed those already familiar with the design system.

If we understand the roles and what they do, we can think about how to structure or restructure our permaculture organisations to enable them to operate effectively. In understanding the roles we might also see which of them we are, and that can be more than one.

Let’s look at how Gladwell’s roles apply in permaculture.

The maven is someone who is knowledgable about something and is willing to share that knowledge. They might do this through offering advice, mentoring people, running workshops and courses or setting up a blog.

The characteristics of mavens includes a preference for distributing knowledge rather than hoarding it and the ability to communicate that knowledge clearly.

The role of the salesperson is to go out and sell an idea, to convince people of its utility and to encourage them to participate in it.

Salespeople need to be good communicators and clear thinkers so as to find and take advantage of opportunities to sell the idea. They know about the things that compete for peoples’ time and funds so as to more competitively position the idea that are promoting.

Where people might ask the maven about how to do something, they ask the connector where to find the maven and which maven would best answer their question.

The connector is likely to be well known, an educator or blogger perhaps, a frequent poster of information on websites and social media or a speaker at events. They will be a person who connects with different networks and the people in them. Some people are cast into the connector role unintentionally, while others adopt the role because of their skills.

The connector is important to finding know-how, knowledge and to linking with ideas, to finding the mavens who could offer assistance to a person or group and for introducing new knowledge and information to a group or organisation. In network theory terms, connectors do this by acting as the ‘weak links’ between networks. That is not to say the work they do is of little value or their connections insubstantial. Describing them as ‘weak social ties’, the Wikipedia page on interpersonal ties describes them and their role this way:

“Weak social ties are responsible for the majority of the embeddedness and structure of social networks in society as well as the transmission of information through these networks.

Wikipedia goes on to say about the value of weak links: “…individuals with few bridging weak ties will be deprived of information from distant parts of the social system and will be confined to the provincial news and views of their close friends.”

New ideas flow from network to network through weak links. In contrast, the relationships within organisations usually consist of strong links because people are more likely to know each other. Often, members of an organisation or social group display homophily, the tendency to associate with people who hold similar beliefs, attitudes and practice similar lifestyles.

When this goes bad it becomes a type of groupthink, the sharing of attitudes and beliefs within the group which can lead to the ‘echo chamber effect’ in which those beliefs and attitudes are bounced from person to person within the group, setting up reinforcing or positive feedback loops that amplify the beliefs and attitudes which quickly become the group norm. This creates resistance to new, especially new and challenging ideas flowing into the group via the weak links and, as a result, reduces the groups fitness for purpose.

Who are the mavens in the permaculture design milieu? Let’s limit this to Australia.

The late-Bill Mollison was clearly a maven. Co-originator of the permaculture design system, his life experience made him incredibly knowledgable across a diversity of fields and he willingly shared that knowledge through courses, books, articles in Permaculture International Journal and at public events.Bill’s articles are currently being serialised on the Permaculture Australia website.

David Holmgren, the other co-originator, is currently the best-known maven in Australian permaculture circles. His modes of conveying knowledge parallel those of Bill Mollison. Likewise, Geoff Lawton.

There are other mavens with the credibility to exert a national influence:

Those are mavens operating at the national scale. Others are better known at the regional scale:

These people offer educational services, site tours and other services and are asked for advice. There are many more.

Salespeople go out and sell the notion that permaculture is a good idea that brings personal and social benefit. They have the evidence to support this.

As in all three roles, those of salespeople and mavens overlap, especially among permaculture educators. How people see themselves, as teachers or public figures promoting permaculture, determines the role they most closely identify with.

The host of ABC television’s Gardening Australia program, Costa Georgiardis, is the best-positioned permaculture salesperson at the moment. His television role gives him a platform from which to promote permaculture ideas. David Holmgren assumes this role when speaking at public events. Nick Ritar fills the role through teaching Milkwood Permaculture’s courses.

Anyone who presents on permaculture to an audience fits Malcolm Gladwell’s role of salesperson.

Connectors are links. They connect people to people, maven to seeker, salesperson to audience, network to network. The communications channels they set up are the arteries along which flow permaculture’s ideas and know-how. Communications animates networks.

Connectors will probably have websites. They may be bloggers or frequent social media posters because those are the two prime gateways through which flows permaculture’s information. That makes them natural habitats for connectors. Those are the way most people discover and learn about permaculture.

Who are permaculture’s Australian connectors? There’s Costa Georgiardis, whose connector role overlaps his salesperson role. Likewise, Robyn Rosenfeld through the pages of PIP permaculture magazine she publishes. And there is my own role in this too, with this blog and www.pacific-edge.info.

Publishers of local newsletters and blogs, prominent local permaculture people and event organisers, like Lance Lieber from Transition Bondi, are also connectors in permaculture. Weak links like Annette Loudon from Community Exchange Systems Australia, who assists people set up Local Exchange and Trading Systems (LETS), and who leads a session in the permaculture introductory course at the Randwick Sustainability Hub, is another.

Apply Gladwell’s maven/salesperson/connector model to your own role in permaculture and you soon realise that you fill more than one role.

Costa, for instance, is both salesperson and connector. So is Fiona Campbell who, in her local government role as sustainability educator, offers permaculture and related courses, such as community leadership where these roles are discussed, and organises events where individuals and local organisations, such as Transition and permaculture groups, are brought together to network.

The roles overlap because they are context or situation-dependent. My role is usually that of connector, however when presenting recently as a public event organised by Bendigo Bank my role was that of permaculture salesperson.

The roles as organisational structure

When permaculture and other organisations recognise the importance of these roles, they are better placed to make the changes that would enable them to do their work more efficiently and effectively.

In restructuring around the roles, a permaculture organisation might structure or restructure as three units carrying out the work of Gladwell’s three roles:

It then becomes the work of management team and boards of director to ensure these teams have all they need to do their work. While management and boards still have the important role of organisational oversight, coordination and legals, they role is to support the work of teams organised around the three roles.

For those of us for whom our work in permaculture is a main thing in life, it is worth gaining skills in all three roles while we continue to specialise in one. Doing that, we can enact David Holmgren’s comment about our being “a jack of all trades and master of one”.

The legals: Our duty of care to visitors to permaculture sites
https://pacific-edge.info/2018/04/the-legals-our-duty-of-care-to-visitors-to-permaculture-sites/

ORID — strategic questioning that gets you to a decision
https://pacific-edge.info/2010/08/orid/

Participatory Learning and Action — and how to use it
https://pacific-edge.info/2011/09/participatory-learning-and-action-—-and-how-to-use-it/