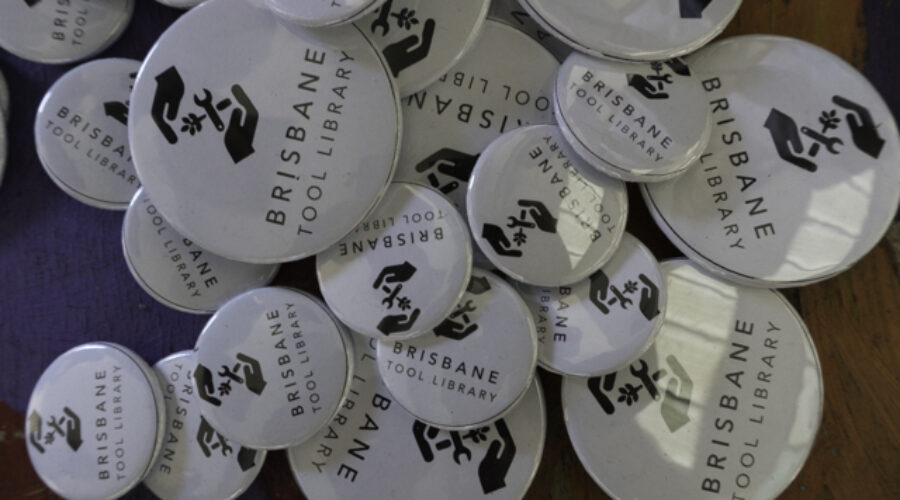 Conference signals the time for a new economy movement is here

IT IS TIME for a new economic system for Australia. That was the message coming from the New Economy Network Australia’s (NENA) national conference in Brisbane in September this year.

Entitled Building a New Economy for Australia, the conference attracted around 350 participants over its three days at the Queensland Library and Griffiths University, both located along the riverside strip at Southbank. As well as Queenslanders, participants came from NSW, Victoria, Tasmania, Northern territory, ACT and South Australia, attesting to the growing interest in a better economic future for Australia.

Some elements of the social economy evident at the conference and at last year’s NENA conference in Sydney were initially explored by the permaculture practitioners of the 1980s. Now, those as well as new ideas have been made all the more actionable thanks to online systems and new technologies and a new generation moving into the social economy space.

Economics once a key element in permaculture

In the days when the permaculture design movement was young there was a strong focus on creating new economic models. Earthbank (and here), LETS (Local Exchange and Trading System, a cashless social credit system — and here) and ethical or social investment were its main foci. Damien Lynch joined the young permaculture movement on encountering a course led by Bill Mollison and went on to found August Investments in the eighties, Australia’s first ethical or social investment fund. Later, he started Ecoforest PL, an investment opportunity in hardwood and high-value timber production. Ecoforest had an exemplary plantation on the NSW mid-north coast which demonstrated landuse design ideas then popular in permaculture, such as contour planting and on-site water harvesting and storage (clarification: the author worked in communications for Ecoforest).

Permaculture at the time did much to popularise and spread LETS. That was aided by the presence of LETS inventor, Michael Linton, who had initiated LETS in Canada in 1983 and who worked out of Randwick Community Centre in Sydney where Permaculture Sydney also had its office. Michael and his colleagues tried to start SydLETS, what they envisioned would be a metropolitical scale LETS system, but it was too early for that. The same was true for Ecoforest PL — it was too early for such a venture, in part because environmentalists were not yet prepared to move their money from mainstream investment to something new like Ecoforest.

SydLETS and Ecoforest PL demonstrated the risks at the time of launching business start-ups based on new ideas when those ideas had not yet moved sufficiently from the innovative edge of society into the mainstream. Doing that is easier now because of the networking opportunities brought by growth of the internet, crowdfunding and a new start-up culture among social innovators.

The relevance of social credit systems like LETS has been highlighted by the current economic crisis in Greece, Spain and Italy. There, people coping with economic austerity have set up social credit and other community-based economic systems that have reduced reliance on European currency in favour of P2P (peer-to-peer) trading. Social credit and the economics explored by permaculture in the past clearly have relevance as emergency trading systems. The question is whether they will remain in operation when austerity ends or whether people will revert to European currency.

That economic focus slowly drained from permaculture over succeeding decades, partly due to social economics taking on a life of its own through organisations like TOES — The Other Economic Summit started by architect, Michael Burney — partly to a stronger focus on domestic food production and energy efficiency, partly to the interests of new people coming into the movement. It didn’t completely disappear. Permaculture educators continued to teach LETS in their design courses.

Step forward a few decades and step into the New Economy Network Australia’s first conference that filled Glebe Town Hall with around 250 people in the September of 2016. Look round and you might have seen a few people from that early surge of economics in permaculture, people like Robert Rosen and Shaun Turnbull. But all those other people? They were new. Few seemed to know of permaculture’s role in pioneering the new economics in Australia.

With its capacity to attract hundreds to its gatherings it is clear that the idea of a new economics is taking root. It attracts a broad diversity of people spanning community economics interests, those working in the digital economy, co-operatives, academics and others engaged in social enterprise start-ups.

These were all represented at this year’s Brisbane conference, one of the highlights of which was the LETS fiesta and trading day organised by BrisLETS. Others included workshops by Robert Pekin and Emma Kate-Rose from Brisbane Food Connect, the hybrid-community supported agriculture enterprise linking Brisbane region farmers with Brisbane’s urban eaters; Joshua Vial, one of the creators of the Enspiral Network in New Zealand that has grown to international influence; Brisbane Tool Library — unlike AirB&B and Uber an authentic model of the sharing economy; the Union Cooperative Society with its redevelopment plans for its Paddington property that will make it a social enterprise hub, and so many more.

So, what’s emerging from this drive for a new, better economy for Australia that is evident in the New Economy Network and beyond?

The strong interest in food and food systems at the Brisbane conference was largely absent from last year’s Sydney conference.

The presence of people from Brisbane Food Connect and others active in food system issues, such as Sustain’s Nick Rose from Melbourne, stimulated discussion around food issues, and the presence of attendees with financial knowledge and experience in start-ups suggests that it might be from them than new initiatives come.

A parallel stream, a new commonwealth

The breadth of interest in this new economy idea offers a parallel stream compatible with permaculture that in some respects furthers the work started by permaculture in the 1980s. Both are based on the knowledge that the economic system of contemporary capitalism is fading but that the old solutions like big-state socialism offer little by way of a community-focused and adaptable future.

Add up of these new trends and you get the idea of the Co-operative Commonwealth. ‘Co-operative’ because — just as the permaculture aphorism ‘co-operation rather than competition’ goes — co-operatives are a proven structure for member-owned enterprise in Australia and are seen as a way forward, including when blended with digital, online systems. ’Commonwealth’, because the ideas suggest that the holding of a nation’s wealth in common by its citizens rather than being corralled into the hidden coffers of a numerically small economic and political elite is a fairer and better way of creating opportunity and doing economics.

So, how does the permaculture movement build bridges with the new economics movement? What are our commonalities where we can work together?

More on a better economics for our common future:

Makers and doers of the alt.food system